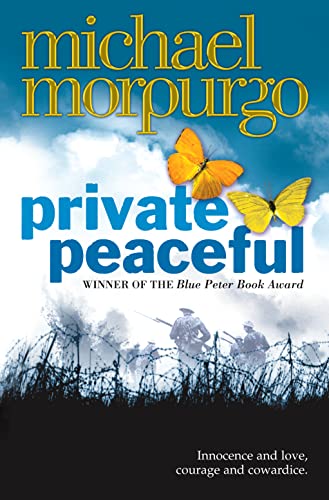 Private Peaceful Heroism or cowardice? A stunning story of the First World War from a master storyteller. Full description

From the Children's Laureate of England, a stunning novel of the First World War, a boy who is on its front lines, and a childhood remembered.

"They've gone now, and I'm alone at last. I have the whole night ahead of me, and I won't waste a single moment of it . . . I want tonight to be long, as long as my life . . ." For young Private Peaceful, looking back over his childhood while he is on night watch in the battlefields of the First World War, his memories are full of family life deep in the countryside: his mother, Charlie, Big Joe, and Molly -- the love of his life. Too young to be enlisted, Thomas has followed his brother to war and now, every moment he spends thinking about his life, means another moment closer to danger.