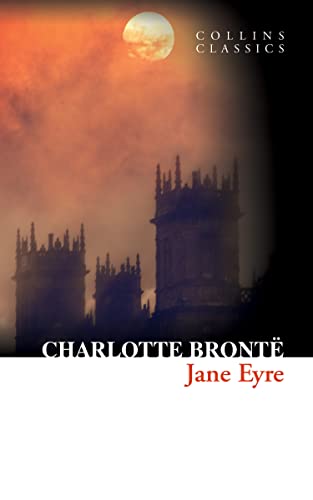 Jane Eyre is a novel by English writer Charlotte Brontë. It was published on 16 October 1847 by Smith, Elder & Co. of London, England. The first American edition was released the following year by Harper & Brothers of New York. Jane Eyre is a first-person narrative of the title character. The novel goes through five distinct stages: Jane's childhood at Gateshead, where she is emotionally and physically abused by her aunt and cousins; her education at Lowood School, where she acquires friends and role models but also suffers privations and oppression; her time as the governess of Thornfield Hall, where she falls in love with her Byronic employer, Edward Rochester; her time with the Rivers family, during which her earnest but cold clergyman cousin, St John Rivers, proposes to her; and the finale with her reunion with, and marriage to, her beloved Rochester. During these sections the novel provides perspectives on a number of important social issues and ideas, many of which are critical of the status quo. Literary critic Jerome Beaty notes that the close first person perspective leaves the reader "too uncritically accepting of her worldview" and often leads reading and conversation about the novel towards supporting Jane, regardless of how irregular her ideas or perspectives.