Articles liés ŕ The Serpent on the Crown

Peters, Elizabeth The Serpent on the Crown

The Serpent on the Crown 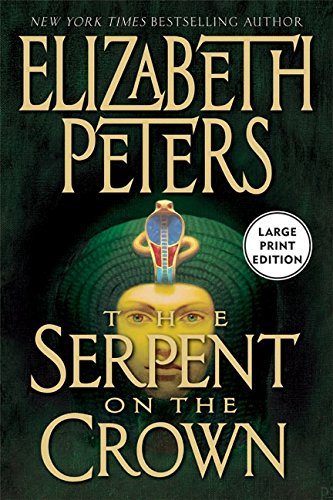 It's 1922. Amelia Peabody and her family have returned to the Valley of the Kings, and look forward to delving once more into the mysteries buried in Egypt's sands. But a widow's strange story -- and even stranger request -- will plunge them into a storm of secrets, treachery, and murder.

The woman has come bearing a treasure -- a golden likeness of a forgotten king -- which she claims is cursed. She says it has killed her husband and unless it is returned to the tomb from which it was stolen, more people will die.

Intrigued, Amelia and her clan resolve to uncover the secrets of the statue. But each step toward the truth seems to reveal another peril, suggesting that the curse is more than mere superstition ...

Elizabeth Peters earned her Ph.D. in Egyptology from the University of Chicago's famed Oriental Institute. She was named Grand Master at the inaugural Anthony Awards in 1986 and Grand Master by the Mystery Writers of America in 1998. In 2003, she received the Lifetime Achievement Award at the Malice Domestic Convention. She lives in a historic farmhouse in western Maryland.

1. The Serpent on the Crown

2. The Serpent on the Crown Peters, Elizabeth