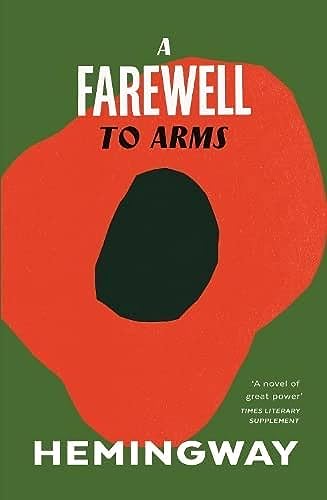 "Flawless... such mastery of narrative, imagery and feeling, the prerequisites for great prose" (Edna O'Brien Guardian)

"It seems such simple and straightforward language, but it isn't. The first chapter of A Farewell to Arms is only two and a bit pages but there is almost every variety of sentence structure. It is incredibly artful writing, and part of the art is disguising that it is artful" (John Harvey Guardian)

"There is something so complete in Mr. Hemingway's achievement in A Farewell to Arms that one is left speculating as to whether another novel will follow in this manner, and whether it does not complete both a period and a phase...crisply natural and convincing" (Guardian, 1929)

"Essential Hemingway...a gripping account of the life of an American volunteer in the Italian army and a poignant love story" (Daily Express)

1. A Farewell to Arms (Paperback)

Description du livre Paperback. Etat : New. Language: English. Brand new Book. In 1918, Ernest Hemingway went to war.He volunteered for ambulance service in Italy, was wounded and twice decorated. Out of his experience came A Farewell to Arms. Hemingway's description of war is unforgettable.He recreates the fear, the comradeship, the courage of his young American volunteer, and the men and women he meets in Italy, with total conviction. But A Farewell to Arms is not only a novel of war. In it Hemingway has also created a love story of immense drama and uncompromising passion. N° de réf. du vendeur AAO9780099273974

2. A Farewell to Arms

3. A Farewell to Arms (Paperback)

4. A Farewell to Arms

5. A Farewell to Arms (Vintage Classics)

6. A Farewell to Arms

7. A Farewell To Arms (Vintage Classics)

8. A Farewell to Arms

9. A Farewell to Arms (Vintage Classics)