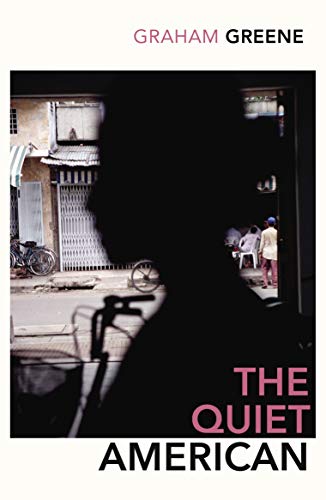 "A master of storytelling" (The Times)

"One of the finest writers of any language" (Washington Post)

"A superb storyteller - he had a talent for depicting local colour, a keen sense of the dramatic, an eye for dialogue, and skill in pacing his prose" (New York Times)

"It might be nearly 60 years since The Quiet American was first published, but it still evokes the exotic promise of the Orient, and the troubled relationship Vietnam has with the West" (Wanderlust)

Description du livre Paperback. Etat : New. Language: English. Brand new Book. Discover Graham Green's prescient political masterpiece'The novel that I love the most is The Quiet American' Ian McEwanInto the intrigue and violence of 1950s Indo-China comes CIA agent Alden Pyle, a young idealistic American sent to promote democracy through a mysterious 'Third Force'. As his naive optimism starts to cause bloodshed, his friend Fowler, a cynical foreign correspondent, finds it hard to stand aside and watch. But even as he intervenes he wonders why: for the greater good, or something altogether more complicated?WITH AN INTRODUCTION BY ZADIE SMITH**One of the BBC's 100 Novels That Shaped Our World**. N° de réf. du vendeur LIB9780099478393

Description du livre Paperback / softback. Etat : New. New copy - Usually dispatched within 4 working days. WITH AN INTRODUCTION BY ZADIE SMITHInto the intrigue and violence of Indo-China comes Pyle, a young idealistic American sent to promote democracy through a mysterious 'Third Force'. As his naive optimism starts to cause bloodshed, his friend Fowler, a cynical foreign correspondent, finds it hard to stand aside and watch. N° de réf. du vendeur B9780099478393