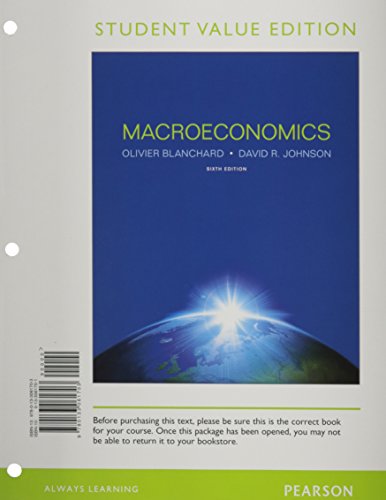 Olivier Jean Blanchard is currently the chief economist at the International Monetary Fund, a post he has held since September 1, 2008. He is also the Class of 1941 Professor of Economics at MIT, though he is currently on leave.  Blanchard is one of the most cited economists in the world.

Blanchard earned his Bachelors degree at Paris Dauphine University, and his Ph.D. in Economics in 1977 at MIT.  He taught at Harvard university between 1977 and 1983, after which time he returned to MIT as a professor.  Between 1998 and 2003 Blanchard served as the Chairman of the Economics Department at MIT. He is also an adviser for the Federal Reserve banks of Boston (since 1995) and New York (since 2004).  Blanchard has published numerous research papers in the field of macroeconomics, as well as undergraduate and graduate macroeconomics textbooks.

His published work includes the studies of Canada's international debts, the influence of American interest rates on Canadian interest rates, and the determination of the Canada-United States exchange rate as well as a comprehensive analysis of elementary school test scores in Ontario, Alberta and British Columbia. He has also written on monetary policy in Canada and around the world, both on the goal of lower inflation and on the role of inflation targets. His teaching is in macroeconomics and international finance. He is co-author of Macroeconomics: Third Canadian Edition, an intermediate macroeconomics text. One specific teaching interest is in using spreadsheets to teach intermediate macroeconomics.  . Before coming to Wilfrid Laurier in 1985, David worked for two years at the Bank of Canada. In 1990 he spent a year at the National Bureau of Economic Research, and in 1999 a year at the University of Cambridge in England. David Johnson lives in Waterloo, Ontario, with his wife Susan, also an economics professor. When not studying or teaching economics, he plays Oldtimers' Hockey in the winter and sculls in the summer.

Blanchard presents a unified and global view of macroeconomics, enabling students to see the connections between the short-run, medium-run, and long-run.

From the major economic crisis to the budget deficits of the United States, the detailed boxes in this text have been updated to convey the life of macroeconomics today and reinforce the lessons from the models, making them more concrete and easier to grasp.

Description du livre Prentice Hall 2012-07-19, 2012. Loose Leaf. Etat : Good. Item is in good condition. Some moderate creases and wear. This item may not come with CDs or additional parts including access codes for textbooks. Might be an ex-library copy and contain writing/highlighting. N° de réf. du vendeur DS-0133061701-3

Description du livre Etat : good. Item may not include associated media. Used books may have cover wear and markings inside. Access codes and supplements such as CDs or software are not guaranteed with used items. N° de réf. du vendeur sup-2319a

Description du livre Etat : Very Good. A quality text at a great price. And we ship fast. CDs & Access codes may not be included as is the case with most used books. N° de réf. du vendeur 877292