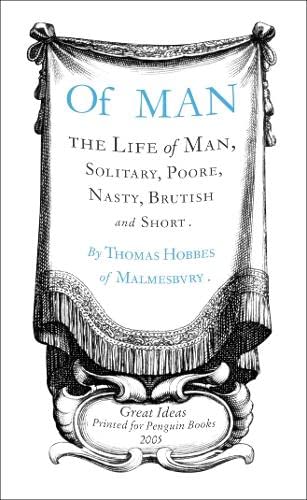 Throughout history, some books have changed the world. They have transformed the way we see ourselves - and each other. They have inspired debate, dissent, war and revolution. They have enlightened, outraged, provoked and comforted. They have enriched lives - and destroyed them. Now Penguin brings you the works of the great thinkers, pioneers, radicals and visionaries whose ideas shook civilization and helped make us who we are. The founding father of modern political philosophy, Thomas Hobbes, living in an era of horrific violence, saw human life as meaningless and cruel; here, he argues the only way to escape this brutality is for all to accept a 'social contract' that acknowledges the greater authority of a Sovereign leader.

Thomas Hobbes was an English philosopher and political theorist and one of the first modern Western thinkers to provide a secular justification for the political state. Regarded as an important early influence on the philosophical doctrine of utilitarianism, Hobbes also contributed to modern psychology and laid the foundations of modern sociology. He lived between 1588 and 1679.