D is for Dahl 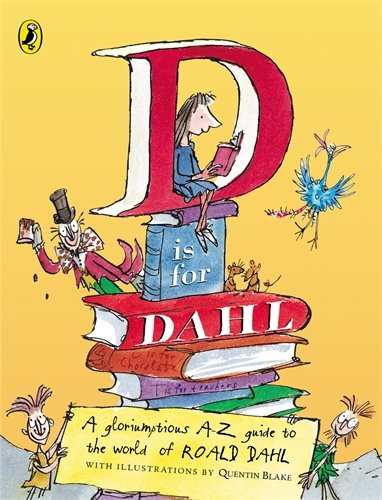 From Aardvark to Zipfizzing, this is THE alphabetical guide to everything you ever needed to know - and a lot that you didn't - about Britain's best-loved, bestselling children's writer, packed with fascinating and completely unnecessary facts about Dahl's life, books and family. With snippets from his school reports, secrets that he shared with his best friends and the truth about where he got the inspiration for his most famous creations - once you dip in to D is for Dahl you'll be sucked into an irresistible vortex and come out a complete Dahlmaniac!

Roald Dahl was born in Wales in 1916. He was educated in England before going to work for the Shell Oil Company in Africa. With the outbreak of World War II, he became an RAF fighter pilot. He began writing for adults at the close of the war, with the encouragement of C. S. Forester. His first children's book, James and the Giant Peach, was published in 1961 and each of his subsequent books became bestsellers. He is still the best selling children's writer of all time.