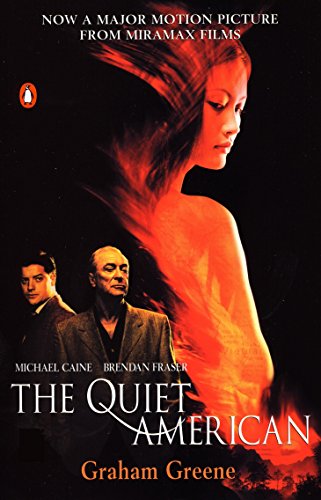 The Quiet American (Movie Tie-In) The relentless struggle of the Vietminh guerrillas for independence and the futility of the French gestures of resistance become inseparably meshed with the personal and moral dilemmas of two men and the Vietnamese woman they both love. Full description

‘Sur le chung,’ he said, a little, neat, obstinate figure. There wasn’t any point in arguing, so I got up and put on my tie and shoes. Here the police had the last word: they could withdraw my order of circulation: they could have me...
Présentation de l'éditeur :
While the French Army in Indo-China is grappling with the Vietminh, back in Saigon a young and high-minded American named Pyle begins to channel economic aid to a "Third Force."

Caught between French colonialists and the Vietminh, Fowler, the narrator and seasoned foreign correspondent, observes: "I never knew a man who had better motives for all the trouble he caused." As young Pyle's policies blunder on into bloodshed, the older man finds it impossible to stand aside as an observer. But Fowler's motives for intervening are suspect, both to the police and to himself: for Pyle has robbed him of his Vietnamese mistress.