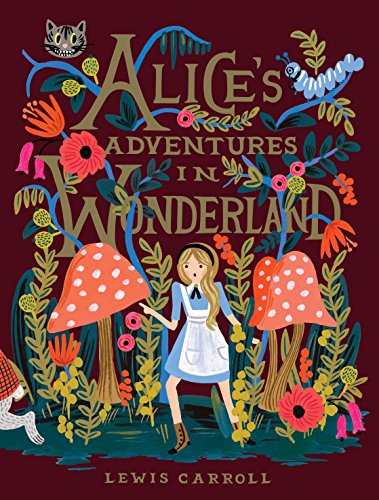 “This year marks the 150th anniversary of Lewis Carroll’s beloved classic, Alice’s Adventures in Wonderland. Commemorate the occasion with a deluxe hardcover edition of the tale from Puffin Books, available Oct. 27. The new book is re-illustrated with vibrant, whimsical designs by Anna Bond of Rifle Paper Co., for a one-of-a-kind look at Alice’s imaginative journey.”—American Profile

Description du livre Hardcover. Etat : new. Bond, Anna (illustrateur). Hardcover. The complete and unabridged text of Alice's Adventures in Wonderland accompanied by Anna Bond's signature, whimsical style illustrations in full colour throughout. Lose yourself in Alice's story. Tumble down the rabbit-hole and meet some very curious creatures in the topsy-turvy world of Wonderland. Follow the White Rabbit through the magical forest and stop on your journey for a quick game of croquet with the Queen of Hearts. Be wary of a peculiar caterpillar and a disappearing feline along the way. And above all, always remember to believe in impossible things. Shipping may be from multiple locations in the US or from the UK, depending on stock availability. NḞ de réf. du vendeur 9780147515872