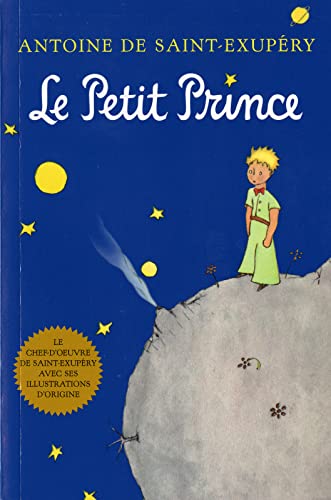 In 2000 Harcourt proudly reissued Antoine de Saint-Exupéry's masterpiece, The Little Prince, in a sparkling new format. Newly translated by Pulitzer Prize-winning poet Richard Howard, this timeless classic was embraced by critics and readers across the country for its purity and beauty of expression. And Saint-Exupéry's beloved artwork was restored and remastered to present his work in its original and vibrant colors.

Now Harcourt is issuing uniform full-color foreign language editions. The restored artwork glows like never before. These affordable and beautiful editions are sure to delight an entire new generation of readers, students, children, and adults for whom Saint-Exupéry's story will open the door to a new understanding of life.

ANTOINE DE SAINT-EXUPÉRY, the "Winged Poet," was born in Lyon, France, in 1900. A pilot at twenty-six, he was a pioneer of commercial aviation and flew in the Spanish Civil War and World War II. His writings include The Little Prince, Wind, Sand and Stars, Night Flight, Southern Mail, and Airman's Odyssey. In 1944, while flying a reconnaissance mission for his French air squadron, he disappeared over the Mediterranean.