Articles liés ŕ The Justification of Europe: A Political Theory of...

Neyer, Jürgen The Justification of Europe: A Political Theory of Supranational Integration

The Justification of Europe: A Political Theory of Supranational Integration 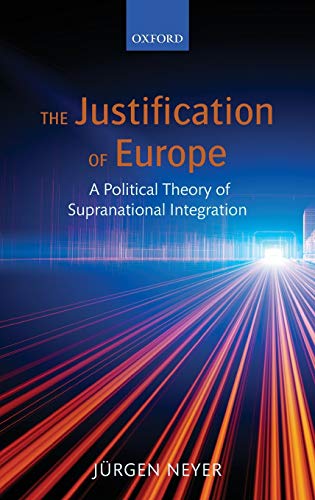 The debate on the EU's legitimacy has long suffered from a number of serious misunderstandings. Supranational politics, Jurgen Neyer argues, is not about the making of public order in Europe but about internalizing external effects and fostering the individual right to justification. The concepts of 'state' and 'democracy', he suggests, are essentially useless for understanding and justifying the EU's structures and practices. The European Union is a dualistic polity that is not replacing but supplementing its member states. Its modus of operation is the joint exercise of pooled competencies on the normative basis of the principle of mutual recognition. He goes on to show that the EU provides an important cure to many of the problems that modern democracies are facing in a globalizing world. Legal integration internalizes external effects and democratizes democracies by transforming strategic international bargaining into a justificatory transnational discourse. The EU promotes the cause of justice by providing an effective remedy to horizontal and vertical power asymmetries, and to the arbitrariness of untamed anarchy. The EU is far from perfect, however. European politics is still deeply embedded in a culture of integration by stealth and closely connected to a deep mistrust in the capacity of ordinary citizens to understand politics. A major change in the constitutional set up of the EU is required. It should build on a new understanding of the EU's institutions as catering to the individual right to justification and give national parliaments a strategic role in further developing its constitutional design.

Jürgen Neyer earned his PhD at the Johann-Wolfgang-Goethe University in Frankfurt/ Main and his habilitation at the University of Bremen. He has taught and done research at various universities including the University of California at Berkeley, the Free University of Berlin, and the European University Institute in Florence, Italy. His research and teaching interests lie in the field of European integration theory and international political theory. His publications have appeared in a number of leading political science journals including the Journal of Common Market Studies, the Journal of European Public Policy, and the European Law Journal. He is Professor of Political Science at the European University Viadrina in Frankfurt (Oder) and the Managing Director of the Frankfurt Institute for Transformation Studies.

1. The Justification of Europe: A Political Theory of Supranational Integration