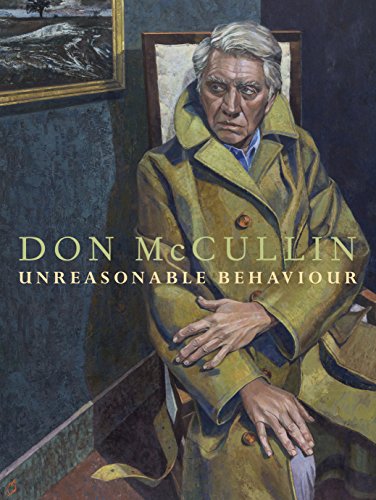 From the construction of the Berlin Wall through every conflict up to the Falklands War, photographer Don McCullin has left a trail of iconic images.

At the Sunday Times Magazine in the 1960s, McCullin’s photography made him a new kind of hero. The flow of stories every Sunday took a generation of readers beyond the insularity of post-war Britain and into the recesses of domestic deprivation: when in 1968, a year of political turmoil, the Beatles wanted new pictures, they insisted on using McCullin; when Francis Bacon, whose own career had emerged with depiction of the ravages of the flesh, wanted a portrait, he turned to McCullin.

McCullin now spends his days quietly in a Somerset village, where he photographs the landscape and arranges still-lifes – a far cry from the world’s conflict zones and the war-scarred north London of Holloway Road where his career began.

In October 2015, it will be twenty-five years since the first publication of his autobiography, Unreasonable Behaviour – a harrowing memoir combining his photojournalism with his lifework.

The time is right to complete McCullin’s story.

"He has known all forms of fear, he's an expert in it. He has come back from God knows how many brinks, all different. His experience in a Ugandan prison alone would be enough to unhinge another man - like myself, as a matter of fact - for good. He has been forfeit more times than he can remember, he says. But he is not bragging. Talking this way about death and risk, he seems to be implying quite consciously that by testing his luck each time, he is testing his Maker's indulgence." (John le Carré)

"If this was just a book of McCullin's war photographs it would be valuable enough. But it is much more." (Sunday Correspondent)

"From the opening...there is hardly a dull sentence: his prose is so lively and uninhibited... An excellent book." (Sunday Telegraph)

"If anyone is the living embodiment of the power of a photo, it is Don McCullin." (Christina Lamb Sunday Times)