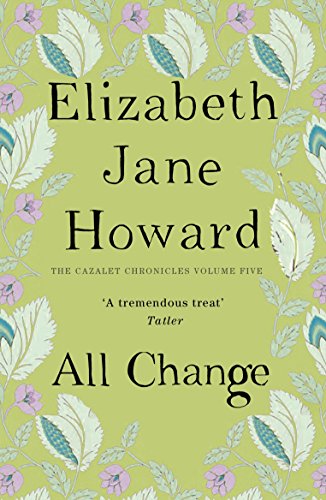 It is the 1950s and as the Duchy, the Cazalets beloved matriarch, dies, she takes with her the last remnants of a disappearing world of houses with servants, of class and tradition in which the Cazalets have thrived.

Louise, now divorced, becomes entangled in a painful affair; while Polly and Clary must balance marriage and motherhood with their own ideas and ambitions.

Hugh and Edward, now in their sixties, are feeling ill-equipped for this modern world; while Villy, long abandoned by her husband, must at last learn to live independently. But it is Rachel, who has always lived for others, who will face her greatest challenges yet . . .

Events converge at Christmas; as a new generation of Cazalets descend on Home Place. Only one thing is certain: nothing will ever be the same again.

Elizabeth Jane Howard is one of those novelists who shows, through her work, what the novel is for . . . She helps us to do the necessary thing open our eyes and our hearts Hilary MantelAll Change is the fifth novel in The Cazalet Chronicles. Read from the beginning of the series: The Light Years, Marking Time, Casting Off and Confusion.

Elizabeth Jane Howard was the author of fourteen highly acclaimed novels. The Cazalet Chronicles - The Light Years, Marking Time, Confusion, Casting Off and All Change - have become established as modern classics and have been adapted for a major BBC television series and most recently for BBC Radio 4. In 2002 Macmillan published Elizabeth Jane Howard's autobiography, Slipstream. In that same year she was awarded a CBE in the Queen's Birthday Honours List.