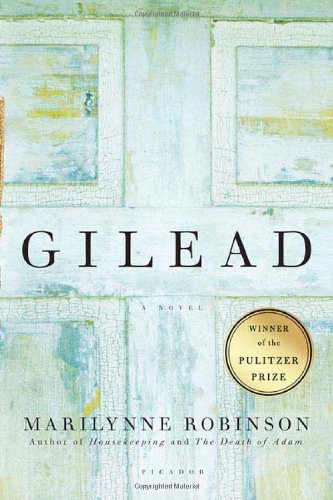 A NOVEL THAT READERS and critics have been eagerly anticipating for over a decade, Gilead is an astonishingly imagined story of remarkable lives. John Ames is a preacher, the son of a preacher and the grandson (both maternal and paternal) of preachers. It’s 1956 in Gilead, Iowa, towards the end of the Reverend Ames’s life, and he is absorbed in recording his family’s story, a legacy for the young son he will never see grow up. Haunted by his grandfather’s presence, John tells of the rift between his grandfather and his father: the elder, an angry visionary who fought for the abolitionist cause, and his son, an ardent pacifist. He is troubled, too, by his prodigal namesake, Jack (John Ames) Boughton, his best friend’s lost son who returns to Gilead searching for forgiveness and redemption. Told in John Ames’s joyous, rambling voice that finds beauty, humour and truth in the smallest of life’s details, Gilead is a song of celebration and acceptance of the best and the worst the world has to offer. At its heart is a tale of the sacred bonds between fathers and sons, pitch-perfect in style and story, set to dazzle critics and readers alike.

In 1956, toward the end of Reverend John Ames's life, he begins a letter to his young son, a kind of last testament to his remarkable forebears.

'It is a book of such meditative calm, such spiritual intensity that is seems miraculous that her silence was only for 23 years; such measure of wisdom is the fruit of a lifetime. Robinson's prose, aligned with the sublime simplicity of the language of the bible, is nothing short of a benediction. You might not share its faith, but it is difficult not to be awed moved and ultimately humbled by the spiritual effulgence that lights up the novel from within' Neel Mukherjee, The Times

'Writing of this quality, with an authority as unforced as the perfect pitch in music, is rare and carries with it a sense almost of danger - that at any moment, it might all go wrong. In Gilead, however, nothing goes wrong' Jane Shilling, Sunday Telegraph