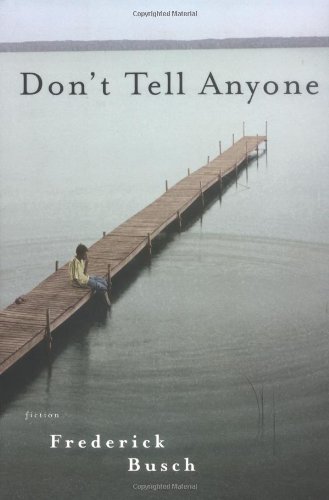 Did I tell you she was raped?

And not by the man she stabbed?

My head was a hive of half-remembered words, tatters of statement, halves of stories, the litter of alibis, confessions, supplications, and demands, the aftereffects, perhaps, of the time I spent standing beside my grown, or half-grown, ungrown, ingrown child in a courtroom. She trembled, and I tried to situate myself, standing as we were before the clerks’ desk, which was before and below the bench of the judge, so that she could lean her thin, shivering body on mine, at least a shoulder or forearm, at least the comfort I could offer with the heft of my hand against the hard, cold, bony fingers of hers. But she would not accept the heat of my flesh or the weight I wished she might prop herself on. The trial for the crime had never taken place, because our lawyer convinced us—Alec, my daughter, and me—that she should plead nolo contendere: guilty, in a word. She had, as they say, copped a plea. She’d bargained down. She and the victim and the Manhattan district attorney’s office had agreed to change the shape of events. We would say that Alec did not incise three small cuts in the skin of Victor Petrekis’s face with a stainless-steel pocket knife brought to her from England by her father when she was small. She and our lawyer, Petrekis and the assistant district attorney, had constructed a language to make her crime the attempt of the deed she had in fact done. And we were before the judge to hear the sentence he would pass.

Petrekis and the assistant district attorney stood at our left, the judge’s right. The two clerks periodically bent to write on forms. The marshals behind us, their belts creaking with the weight of their guns, their lapel radios hissing static, waited to learn if they would take her to jail. I had been warned that they put your child in handcuffs right there, as she stands beside you, and they take her off. The heavier clerk, her face a kind of mild mask, was the one who swore us in, ending her question—whether we would tell the truth before this court—with the warning that we must remember how on that great day, when all would be judged, our falsehoods would be weighed against us. It seemed to me she expected us all to lie and was trying, with her impassivity, not to show her disappointment in our dishonesty. But we all said, and in unison, “I do,” as if the ceremony were about marriage and not the dissolution of whatever you might name—rest, comfort, household, and, surely, freedom.

Alec wore a suit she had bought for law school. It was too large, like everything she owned, and its eggplant color, once so interesting with her red-gold hair, now seemed to overpower her complexion. It made her look gray. Her hair was thin and muddy-looking, cropped so short I could see, from beside her, the bone of her skull behind her ear. Her head looked vulnerable to the temperature of the air, and of course to the world of cruel surfaces before which her head was naked now. Even the sleeves of the suit seemed too long, as if her body had diminished in length as well as breadth.

The judge had a wattle of chin and a thick, long nose. The flesh of his face was pitted and loose, his scalp very broad and shiny. But his eyes were of a rich, dark blue, and he spoke with an urgency, a sense of concern, in which I believed. He read from sentencing guidelines and asked the assistant district attorney and our lawyer, Sylvia Stern, if they agreed with his understanding of the rules. The ADA, as Sylvia called him, nodded. Sylvia said, “Yes, Judge.” I found myself nodding, too, though of course I knew nothing. I knew nothing.

The knife was about three and a half inches long when folded shut. Its single blade was short and thin. Barry had gone to the north of England on a buying trip. He ordered printed cottons to be sold to dressmakers in the States, and he brought home cloth for me and a print of Stonehenge that he said was designed by Turner though etched and inked by someone else, and a little pocket knife for Alec, who was going through a boy phase that year and was pining for a left-handed first baseman’s mitt, an aluminum bat, and the kind of knife that guys carried in the pocket of their jeans.

She kept it in her purse during Barry’s dying, and through the end of college in the zipper pocket of her rucksack, and in her one semester of law school it was in a compartment of Barry’s attaché case, in which she hauled her work between her apartment on 113th Street and the library and classrooms of Columbia Law.

Did I say that she was raped?

The question’s rhetorical, of course: the ploy of a woman on a back porch alone, shielded from her neighbors by a waist-high wall, lighting cigarettes and blowing the smoke at blackflies surrounding her head in a cloud, thick as the words in court, as she tries to startle the black night or circumstance itself that hovers about her. She surely, on the other hand, was raped, and by a student she knew, and in the comfort and convenience of her own furnished apartment. He, too, had his time in court, he, too, pleaded guilty after first contesting her claim. He, too, was sentenced, and Alec stood at the left of the bar, the judge’s right, and said, once more, her grievance. The man, for whom she was making coffee as they prepared together for a test, had wept, and so had she. She should have howled her rage, though I believe, and so do her doctors, that nothing would have prevented what they came to call the break.

He raped her because he loved her, because he detested her, because he was jealous of her grade in the course, or because, when he was little, it was just this side of possible, his lawyer had claimed at first, that he was abused by a man who led the Cub Scouts. Perhaps each possibility was true. It never mattered to me. I wanted him gelded. I wanted the wound sealed with boiling pitch, with concentrated lime, and bound with barbed wire. It didn’t matter to Alec either, though she spoke at first about friendship, and she wondered whether she had led him on. She soon enough stopped.

She soon enough stopped calling home. She soon enough, when I was able to catch her on the phone, spoke with no inflection. Soon, she mostly wept. And of course I should have gone at once, at the first hint of a sign of damage, to the city to rescue her. I should have stolen her. I should have fetched my baby home. But I waited, because I was leading my life, after all. I was teaching high school students how to distinguish between Babylon and Byzantium, Arafat and Attaturk, and I was failing, as were they, but that was how we were required to consume our days, and life was a storm of consequences with which one had to deal, and Alec in New York was only tense about her studies.

“You sound so Jewish, Mommy.”

“You’re in the foothills of Harlem and you can say that?”

“I’m in the foothills of fuck up.”

“Al, I think maybe you ought to stop.”

“Feel good and be careful? Please? Oh, say hello to Coriander,” I said, but she’d hung up.

“[A] SEARING COLLECTION . . . which treats the subject of love as though it were the backbone of a page turning thriller. Busch’s writing is so poetically precise and refined, so unsentimental, that the alienation of his characters is all the more devastating.”
–Entertainment Weekly

“RADIANT. . . . An exemplary collection of incandescent storytelling filled with electrifying truths. Despite the implied command of the title, don’t keep this book a secret. Once you’ve read it, tell everyone.”
–Chicago Tribune

“FREDERICK BUSCH IS ONE OF OUR VERY BEST SHORT STORY WRITERS. . . . [These] characters are eloquent and even quite brilliant.”
–ANN BEATTIE