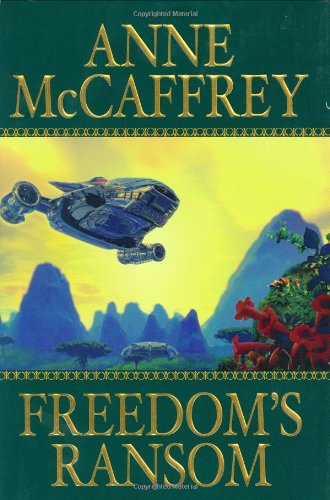 When the Catteni, mercenaries for an alien race called the Eosi, invaded Earth, they used their standard tactic of domination by landing in fifty cities across the planet and removing entire urban populations. These they distributed throughout the Catteni worlds and sold as slaves along with other conquered species.

A group rounded up from the prisons on the planet Barevi, a hub of the Catteni empire, was dumped on an M-type planet of unknown quality, given rations and tools, and left to deal with the conditions of the planet. Chuck Mitford, former marine sergeant, took charge of the mixed group, which included sullen, pugnacious Turs, spiderlike Deski, hairy Rugarians, vague Ilginish, and gaunt Morphins, with Humans in the majority. Astonishingly enough, there was one Catteni, Emassi Zainal, who had been shanghaied onto the prison ship. Though there were those who wanted to kill him immediately, Kris Bjornsen, latterly of Denver, suggested that he might have valuable information about the planet on which they were stranded. Zainal’s knowledge of the planet’s predators, scant as it was, saved their lives.

Installed in a rocky site, with cliffs and caves to give them protection, Mitford quickly organized a camp, using the specific abilities of each species and assigning tasks to everyone in this unusual community. However, the planet was soon discovered to be inhabited––by machines, the Mechs, which automatically tended extensive croplands and the six-legged bovine animals. The colonists quickly learned how to dismantle the machines and design the sort of equipment they needed.

In a confrontation with yet another slave ship, dropping off more prisoners, the colonists got hold of aerial maps of the planet. Among the features of the maps was what appeared to be a big artificial installation, presumably constructed by the original owners of the planet. A member of the discovery team launched a homing device––more for curiosity than intent. Both the Eosi overlords looking for Zainal and the genuine owners of the planet noted the release of the device. An Eosi search crew sent to bring Zainal back to face his familial duty to be an Eosian host failed. The owners of the planet, whom the colonists named the “Farmers,” came and were revealed as peaceful life forms with no connection to the Eosi. The Farmers made it clear that the colonists were welcome to stay, and even acted to protect them from the Eosi.

As they explored the new world together, Kris learned that Zainal had a three-phase plan––one that he hoped would end the domination of his people by the Eosi and, incidentally, would include the liberation of Earth. Zainal explained to Mitford and to other naval, airforce, and army personnel how he meant to proceed––initially by capturing the next Catteni ship to drop slaves on Botany.

The successful execution of Zainal’s plan netted the colonists not one but two usable spaceships. Even with the capability of leaving Botany, Zainal was often heard to say, “I dropped, I stay,” a defiant attitude, and a phrase that became a rallying cry for the Botany colonists.

While the Eosi surveillance satellites were on the other side of the Botany world, the two ships now available to the colony were able to successfully infiltrate Barevi and acquire much-needed fuel and supplies. Kris, who had already learned enough Catteni to deal with merchants, and other Catteni-speakers disguised themselves to accompany Zainal on this mission. While there, they rescued a number of Humans whose minds had been wiped by the Eosi. While on Barevi, Zainal also made contact with dissident Emassi, Catteni leaders also pledged to end Eosian domination.

With Zainal’s first efforts so successful and Botany safe, the colonists were more than ready to follow his leadership. To continue his efforts to free not only his own people but also Earth’s, a special mission was sent to Earth, where an active underground movement was already eroding Catteni occupation.

In Freedom’s Challenge, Zainal risks his life in a bid to destroy the Eosi with the help of the dissident Catteni hierarchy and wins freedom for Botany and other enforced colony worlds inhabited by Humans. But that was the first phase of his plan. Kris knows Zainal well enough to understand that he still intends to make contact with the Farmers and discover their home world. But that wish is yet again interrupted when the colonists discover that most of the technical materials they need have been looted from Earth and are now stored on Barevi. As the Barevian merchants insist on being paid to surrender the loot, Zainal and Kris must again face the necessity of leaving Botany and finding a way to ransom the materials they desperately need to help both Earth and Botany.

Kamiton’s messenger came in a baby-type fast scout, and Jerry Short, the duty officer in the hangar, immediately informed Zainal of its imminent arrival and request to land. Zainal, in turn, called Kris, Peter Easley, and Dorothy Dwardie, as members of the Botany Management Board, to join him. He had good relations with Kamiton and wanted to keep everything ``above-board,” Kris’s often-used idiom for openness. He recognized the call sign of the scout as one that Kamiton frequently used so he was somewhat prepared for bad news but did not warn the others, preferring that they take whatever news came with this messenger without any predisposition. It might not be bad news. But why else would Kamiton be sending a messenger, which suggested something he did not wish broadcast on the Botany comm lines?

Kamiton had chosen a nephew of Zainal’s, firstborn son of Zainal’s favorite sister, which confirmed Zainal’s premonition that the news was bad. As Kris often did, she compared the new arrival to her beloved Zainal. She did not expect any familial resemblance, although she noticed as the young man––probably in his mid-twenties––approached that he was slightly shorter than Zainal but still tall for a Catteni. He had the heavy build of the true Catteni, born and adapted to Catten’s heavier gravity. His grayish skin and yellow eyes were expectable. Zainal’s Botany tan had altered his skin tone to a more vibrant shade of taupe and made Paxel seem drabber by comparison. But it was in the features that the main difference was plainly visible. She had always liked Zainal’s nose, which was not as fleshy as most Catteni. Certainly, Zainal’s mouth was better shaped, not as thick as Paxel’s and far more flexible, often giving her hints as to his mood. It was severe enough right now, though; she noted the little flattening of his lips, indicating that he found this situation disagreeable and wanted to get it over with as soon as possible. She suspected then that he was anticipating a problem.

So, in his capacity as one of the governors of Botany, Zainal greeted his nephew Paxel affably and offered him coffee––a great new favorite of Catteni. Paxel grinned, showing three gold caps, a sight that caused Kris to have to hide an astonished grin. Zainal covered her astonishment by introducing Paxel, name and rank, first to Dwardie.

“This is a sister’s firstborn, Emassi Paxel. I make you known to Eminent Dwardie, and my mate, Excellent Lady Emassi Kris, and Peter Easley.” He reached for the message, which Paxel somewhat reluctantly handed over.

It bore Kamiton’s name, plus the characters that confirmed that other Catteni officials were aware that a message had been sent to him. That did not bode well. He waved Paxel to a chair at the table in the hangar office. Then he broke the seal and could not suppress a grunt of dismay. When he had digested its import, he tossed the letter across the table to Kris, who could read some Catteni, though probably not all the diplomatic terms and courtesies. The gist of the message stood out as if written in red: “Barevi merchants will not surrender any Terran goods retrieved by the Eosi or Catteni captains.”

Paxel’s eyes had mirrored astonishment when Zainal gave the message first to Kris, rather than to Peter. Very few Catteni women were ever consulted on matters of significance.

“You mean, they need a bribe to give us back anything?” she demanded, outraged. “And sent your sister’s firstborn with the news so you wouldn’t kill him out of hand?”

Zainal managed not to grin at her quick understanding of the ploy. She flicked the message across the smooth table toward Peter.

“What?” Dorothy Dwardie was equally incensed. She read the note over Peter’s shoulder.

“They’re very acquisitive, the merchants of Barevi,” Kris said, having dealt with them during her enslavement on the trade planet and more recently during her clandestine visit disguised as a Catteni officer.

“They don’t mind dealing in stolen goods?” Dorothy asked, frowning at the message that Peter peered at in a total lack of comprehension, for it was in Catteni script.

“Most if not all of what they sell has been `acquired,’ one way or another,” Kris said, watching Paxel’s reaction.

“Business is at a standstill now that there is no new material coming in from Eosian”––Paxel cleared his throat––“development.”

“Polite terminology for forced acquisition,” Kris translated composedly. “However, knowing how Barevi operates, this doesn’t surprise me,” she said, indicating the message. “I didn’t think we’d get anything back without a quid pro quo.”

“A what?” Zainal frowned at words he didn’t understand.

“Old Latin saying. Something for something,” she told him in a low voice.

“But we must have the loot returned to us,” Peter said, “since the production lines for many essential parts are no longer functioning. The spare parts that the Catteni ‘acquired’ could rectify a great many useless vehicles.”

“Agreed, to the necessity to repossess the parts, especially those communication elements,” Kris said.

“Business on Barevi is at a standstill, and the merchants refuse to surrender trading goods,” Paxel repeated, as if that was the most important consideration.

“Even if we used the same technologies...” Peter began, irate.

Kris held up her hand. “It’s a fine sample of Catteni psychology,” she said, smiling at Paxel. Being a firstborn was some protection for Paxel as far as his treatment as the messenger was concerned, but Kris did not intend to mince words or exchange false courtesies. “It drops, it stays––until it’s paid for––one way or another,” she went on, using the slogan facetiously in an effort to relieve the tension in the office.

“We were promised restitution of materials forcibly removed from Earth’s manufacturing facilities,” Peter said. She gave him a long, cool look.

“That’s business,” Kris said. “I know the merchants. They love haggling. It’s a way of life.

—Reprinted from Freedom’s Ransom by Anne McCaffrey by permission of Ace, a member of Penguin Group (USA) Inc. Copyright © 2003, Anne McCaffrey. All rights reserved. This excerpt, or any parts thereof, may not be reproduced in any form without permission.

The inhabitants of the penal planet Botany had fought a grim and dangerous war to free themselves from their Eosi overlords. Now the Eosi were gone, and both Botany and Earth were free again - free, but in serious trouble as the theft of all their communications satellites by the Catteni (working for their Eosi masters) had left them isolated and in a desperate situation.

Hoping that everything stolen from them would be returned, they found that Catteni greed had triumphed. The merchants of Barevi refused to give up the stolen goods unless a substantial ransom was paid.

Earth was in a particularly bad way: disease, vandalism, starvation and the breakdown of their mechanical world had left its people fighting for survival. They desperately needed the goods the Barevi were hoarding.

And so Zainal, Kris, and a courageous team from Botany set off to try and outwit the thieving merchants. It was an expedition that led to a horrifying replay of an old nightmare for Kris - and only Zainal could save her and the future of both Earth and Botany.