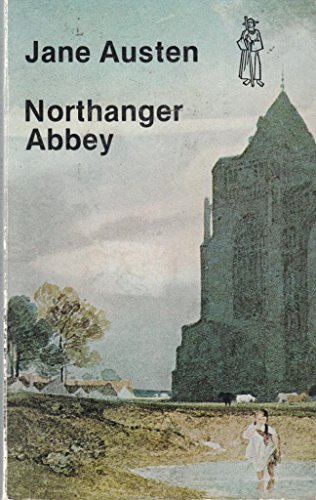 The terror of Northanger Abbey had no name, no shape -- yet it menaced Catherine Morland in the dead of night! Published posthumously. Show Excerpt s but the high feathers of some of the ladies. Still they moved on -- something better was yet in view; and by a continued exertion of strength and ingenuity they found themselves at last in the passage behind the highest bench. Here there was something less of crowd than below; and hence Miss Morland had a comprehensive view of all the company beneath her, and of all the dangers of her late passage through them. It was a splendid sight, and she began, for the first time that evening, to feel herself at a ball: she longed to dance, but she had not an acquaintance in the room. Mrs. Allen did all that she could do in such a case by saying very placidly, every now and then, "I wish you could dance, my dear -- I wish you could get a partner." For some time her young friend felt obliged to her for these wishes; but they were repeated so often, and proved so totally ineffectual, that Catherine grew tired at last, and would thank her no more. They were not long able, however, to enjoy the repose of the eminen

Description du livre Penguin Publishing Group. Hardcover. Etat : As New. No Jacket. An apparently unread copy in perfect condition. Dust cover is intact; pages are clean and are not marred by notes or folds of any kind. At ThriftBooks, our motto is: Read More, Spend Less. N° de réf. du vendeur G0460018930I2N00

Description du livre Paperback. Etat : Fair. A readable copy of the book which may include some defects such as highlighting and notes. Cover and pages may be creased and show discolouration. N° de réf. du vendeur GOR003254370

Description du livre Paperback. Etat : Very Good. The book has been read, but is in excellent condition. Pages are intact and not marred by notes or highlighting. The spine remains undamaged. N° de réf. du vendeur GOR003303926

Description du livre Everyman Ltd, 1980. Etat : Good. This is an ex-library book and may have the usual library/used-book markings inside.This book has soft covers. In good all round condition. Please note the Image in this listing is a stock photo and may not match the covers of the actual item,300grams, ISBN:0460018930. N° de réf. du vendeur 8168427

Description du livre Everyman Ltd, 1980. Etat : Good. This is an ex-library book and may have the usual library/used-book markings inside.This book has soft covers. In good all round condition. Please note the Image in this listing is a stock photo and may not match the covers of the actual item,300grams, ISBN:0460018930. N° de réf. du vendeur 8168425

Description du livre Everyman Ltd 01/02/1977, 1977. Etat : Very Good. This book is in very good condition and will be shipped within 24 hours of ordering. The cover may have some limited signs of wear but the pages are clean, intact and the spine remains undamaged. This book has clearly been well maintained and looked after thus far. Money back guarantee if you are not satisfied. See all our books here, order more than 1 book and get discounted shipping. . N° de réf. du vendeur 7719-9780460018937