Japanese Homes and Their Surroundings 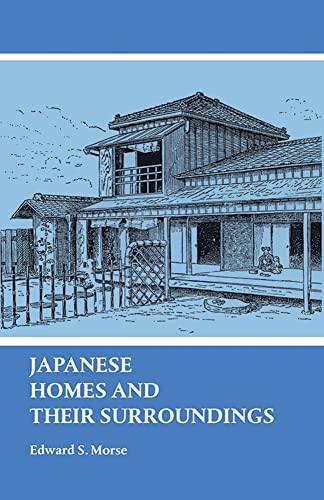 Dutch in Japan, by Professor K. Mitsukuri, the author has occasion to refer to the uncle of one of the three famous Japanese scholars who translated into Japanese a Dutch book on anatomy. He says this uncle -M iyada was almost eccentric in his disposition. He held it to be a solemn duty to learn any art or accomplishment that might be going out of the world, and then describe it so fully that it might be preserved to posterity. The nephew was faithful to his uncles instructions, and thougli following medicine for his profession, he took it upon himself to learn hitoyogiri, a certain kind of music which was well-nigh forgotten, and even went so far as to study a kind of dramatic acting. Though not animated by Miyada sspirit when I set about the task of collecting the material embodied in this work, I feel now that the labor has not been altogether in vain, as it may result in preserving many details of the Japanese house, some of them trivial, perhaps, which in a few decades of years may be difficult, if not impossible, to obtain. Whether this has been accomplished or not, the praiseworthy ambition of the old Japanese scholar might well be imitated by the ethnological student in his investigations, since nothing can be of greater importance than the study of those nations and Transactions of the Asiatic Society of Japan, vol. v. part i. p. 207.
(Typographical errors above are due to OCR software and don't occur in the book.)

Forgotten Books' Classic Reprint Series utilizes the latest technology to regenerate facsimiles of historically important writings. Careful attention has been made to accurately preserve the original format of each page whilst digitally enhancing the aged text.

1. Japanese Homes and Their Surroundings (Paperback)

Description du livre Paperback. Etat : New. Paperback. In this book the author writes about the more than 4 years he spent visiting hundreds of Japanese homes and learning as much as possible about their construction, design, furnishings, and .Shipping may be from multiple locations in the US or from the UK, depending on stock availability. 416 pages. 0.512. N° de réf. du vendeur 9780486207469

2. Japanese Homes and Their Surroundings

6. Japanese Homes and Their Surroundings

7. JAPANESE HOMES AND THEIR SURROUN