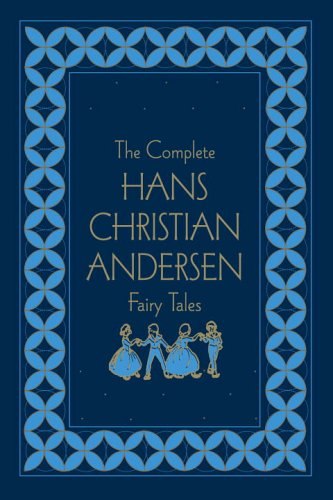 Hans Christian Andersen was born in the town of Odense, Denmark, on 2 April 1805. He was an only child. Andersen's father, also Hans, considered himself related to nobility. His paternal grandmother had told his father that their family had in the past belonged to a higher social class, but investigations prove these stories unfounded. A persistent theory suggests that Andersen was an illegitimate son of King Christian VIII, but this theory has been criticized by others.

Andersen's father, who had received an elementary education, introduced Andersen to literature, reading to him Arabian Nights. Andersen's mother, Anne Marie Andersdatter, was uneducated and worked as a washerwoman following his father's death in 1816; she remarried in 1818. Andersen was sent to a local school for poor children where he received a basic education and was forced to support himself, working as an apprentice for a weaver and, later, for a tailor. At 14, he moved to Copenhagen to seek employment as an actor. Having an excellent soprano voice, he was accepted into the Royal Danish Theatre.

In 1829, Andersen enjoyed considerable success with the short story "A Journey on Foot from Holmen's Canal to the East Point of Amager". Its protagonist meets characters ranging from Saint Peter to a talking cat. Andersen followed this success with a theatrical piece, Love on St. Nicholas Church Tower, and a short volume of poems.

His initial attempts at writing fairy tales were revisions of stories that he heard as a child. Andersen then brought this genre to a new level by writing a vast number of fairy tales that were both bold and original.

Andersen would continue to write fairy tales and he published them in instalments until 1872.

Here are all 159 tales written by Hans Christian Anderson, the master Danish storyteller, accompanied by illustrations from Arthur Rackham, Hans Richter, and other. These cherished tales include:

• "The Princess and the Pea"