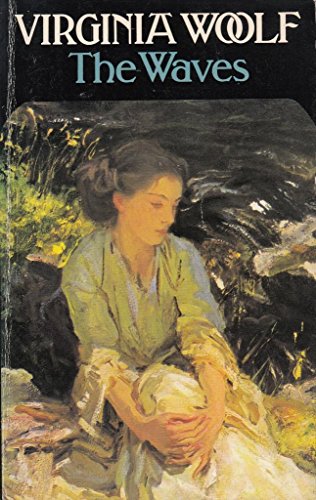 Présentation de l'éditeur :
Woolf described this work on the title-page of the first draft as `the life of anybody'. The Waves (1931) traces the lives and interactions of seven friends in an exploratory and sensuous narrative. The Waves was conceived, brooded on, and written during a highly political phase in Woolf's career, when she was speaking on issues of gender and of class. This was also the period when her love affair with Vita Sackville-West was at its most intense. The work is often described as if it were the product of a secluded, disembodied sensibility. Yet its writing is supremely engaged and engaging, providing an experience which the reader is unlikely to forget. ABOUT THE SERIES: For over 100 years Oxford World's Classics has made available the widest range of literature from around the globe. Each affordable volume reflects Oxford's commitment to scholarship, providing the most accurate text plus a wealth of other valuable features, including expert introductions by leading authorities, helpful notes to clarify the text, up-to-date bibliographies for further study, and much more.
Quatrième de couverture :
WITH INTRODUCTIONS BY JEANETTE WINTERSON AND GILLIAN BEER

Description du livre Paperback. Etat : Very Good. The Waves (Flamingo Modern Classics) This book is in very good condition and will be shipped within 24 hours of ordering. The cover may have some limited signs of wear but the pages are clean, intact and the spine remains undamaged. This book has clearly been well maintained and looked after thus far. Money back guarantee if you are not satisfied. See all our books here, order more than 1 book and get discounted shipping. . NḞ de réf. du vendeur 7719-9780586044520

Description du livre Paperback. Etat : Very Good. Shipped within 24 hours from our UK warehouse. Clean, undamaged book with no damage to pages and minimal wear to the cover. Spine still tight, in very good condition. Remember if you are not happy, you are covered by our 100% money back guarantee. NḞ de réf. du vendeur 6545-9780586044520

Description du livre Paperback. Etat : Very Good. The book has been read, but is in excellent condition. Pages are intact and not marred by notes or highlighting. The spine remains undamaged. NḞ de réf. du vendeur GOR005326421

Description du livre Paperback. Etat : Fair. A readable copy of the book which may include some defects such as highlighting and notes. Cover and pages may be creased and show discolouration. NḞ de réf. du vendeur GOR004792767

Description du livre Paperback. Etat : Good. The book has been read but remains in clean condition. All pages are intact and the cover is intact. Some minor wear to the spine. NḞ de réf. du vendeur GOR004255625

Description du livre Paperback. Etat : Very Good. ALL ITEMS ARE DISPATCHED FROM THE UK WITHIN 24 HOURS ( BOOKS ORDERED OVER THE WEEKEND DISPATCHED ON MONDAY) ALL OVERSEAS ORDERS SENT BY AIR MAIL. WE ALSO ACCEPT PAYMENT IN US DOLLARS OR EURO BY BANK TRANSFER. IF YOU ARE LOCATED OUTSIDE THE UK PLEASE ASK US FOR A POSTAGE QUOTE FOR MULTI VOLUME SETS BEFORE ORDERING. NḞ de réf. du vendeur mon0000256224