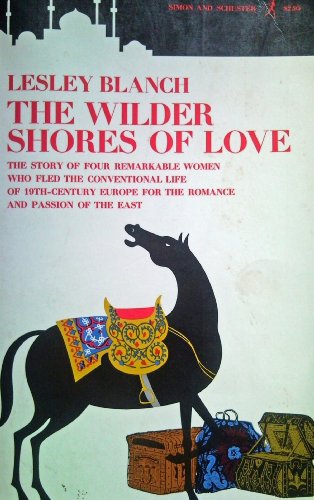 Originally published in 1954, The Wilder Shores of Love is the classic biography of four nineteenth-century European women who leave behind the industrialized west for Arabia in search of romance and fulfillment. Hailed by The Daily Telegraph as "enthralling to read," Lesley Blanch’s first book tells the story of Isabel Burton, the wife and traveling companion of the explorer Richard Burton; Jane Digby, who exchanged European society for an adventure in loving; Aimée Dubucq de Rivery, a Frenchwoman captured by pirates who became a member of the Turkish sultan’s harem; and Isabelle Eberhardt, a Swiss woman who dressed as a man and lived among the Arabs of Algeria.

Lesley Blanch was born in London, England, and has travelled over most of the globe. She began her career as a painter, illustrator and theatrical designer, but in 1937 transferred her allegiance to journalism and became features editor of London VOGUE. Her essays and articles have since appeared in most of Britain's leading periodicals, including the OBSERVER and the NEW STATESMAN.

1. The Wilder Shores of Love

2. The Wilder Shores of Love

3. The Wilder Shores of Love

4. The Wilder Shores of Love.

5. The Wilder Shores of Love