Ada, or Ardor: A Family Chronicle 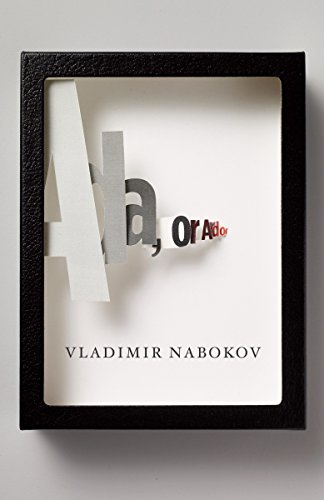 Vladimir Vladimirovich Nabokov was born on April 23, 1899, in St. Petersburg, Russia. The Nabokovs were known for their high culture and commitment to public service, and the elder Nabokov was an outspoken opponent of antisemitism and one of the leaders of the opposition party, the Kadets. In 1919, following the Bolshevik revolution, he took his family into exile. Four years later he was shot and killed at a political rally in Berlin while trying to shield the speaker from right-wing assassins.

The Nabokov household was trilingual, and as a child Nabokov was already reading Wells, Poe, Browning, Keats, Flaubert, Verlaine, Rimbaud, Tolstoy, and Chekhov, alongside the popular entertainments of Sir Arthur Conan Doyle and Jules Verne. As a young man, he studied Slavic and romance languages at Trinity College, Cambridge, taking his honors degree in 1922. For the next eighteen years he lived in Berlin and Paris, writing prolifically in Russian under the pseudonym Sirin and supporting himself through translations, lessons in English and tennis, and by composing the first crossword puzzles in Russian. In 1925 he married Vera Slonim, with whom he had one child, a son, Dmitri.

Having already fled Russia and Germany, Nabokov became a refugee once more in 1940, when he was forced to leave France for the United States. There he taught at Wellesley, Harvard, and Cornell. He also gave up writing in Russian and began composing fiction in English. In his afterword to Lolita he claimed: "My private tragedy, which cannot, and indeed should not, be anybody's concern, is that I had to abandon my natural idiom, my untrammeled, rich, and infinitely docile Russian tongue for a second-rate brand of English, devoid of any of those apparatuses--the baffling mirror, the black velvet backdrop, the implied associations and traditions--which the native illusionist, frac-tails flying, can magically use to transcend the heritage in his own way." [p. 317] Yet Nabokov's American period saw the creation of what are arguably his greatest works, Bend Sinister (1947), Lolita (1955), Pnin (1957), and Pale Fire (1962), as well as the translation of his earlier Russian novels into English. He also undertook English translations of works by Lermontov and Pushkin and wrote several books of criticism. Vladimir Nabokov died in Montreux, Switzerland, in 1977.

This is the first American edition to include the extensive and ingeniously  sardonic appendix by the author, written under the anagrammatic pseudonym Vivian Darkbloom.

Description du livre Paperback. Etat : New. Reissue. Language: English. Brand new Book. Published two weeks after his seventieth birthday, Ada, or Ardor is one of Nabokov's greatest masterpieces, the glorious culmination of his career as a novelist. It tells a love story troubled by incest. But more: it is also at once a fairy tale, epic, philosophical treatise on the nature of time, parody of the history of the novel, and erotic catalogue. Ada, or Ardor is no less than the supreme work of an imagination at white heat. This is the first American edition to include the extensive and ingeniously sardonic appendix by the author, written under the anagrammatic pseudonym Vivian Darkbloom. N° de réf. du vendeur ABZ9780679725220

2. Ada, or Ardor: A Family Chronicle

3. Ada, or, Ardor, a Family Chronicle

4. Ada, or Ardor: A Family Chronicle (Paperback or Softback)

5. Ada, or Ardor: A Family Chronicle

6. Ada, or Ardor: A Family Chronicle

7. Ada, or Ardor: A Family Chronicle

8. Ada, or Ardor: A Family Chronicle

10. Ada, or Ardor: A Family Chronicle