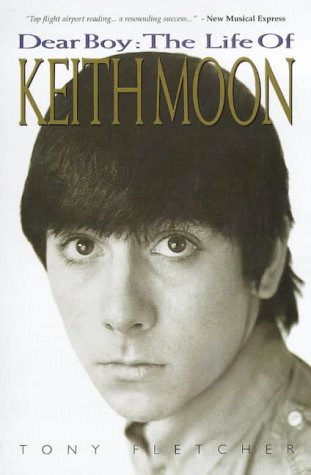 Keith Moon was more than just rock's greatest drummer, he was a phenomenal character and an extravagant hell raiser who - in a final, uncharacteristic act of grace - actually did die before he got old. This new edition includes a newly written After word that consiers Moon's lasting legacy, the death of John Entwistle and The Who's ongoing career in the new millennium. In this astonishing biography, Tony Fletcher questions the myths, avoids the time-honoured anecdotes and talks afresh to those who where closest to Moon including Kim, his wife of eight years, and Linda, his sister and Annette Walter-Lax, his main girlfriend of the final years. Also interviewed are Oliver Reed, Larry Hagman, David Putnam, Alice Cooper, Dave Edmunds, Jeff Beck, John Entwistle and many others who worked and partied with him. In interviewing over 100 people who knew Moon, Fletcher reveals the truth behind the 'famous' stunts that never occured - and the more outrageous ones that did! He also uncovers astonishing details about Moon's outrageous extravagance which was financed by The Who's American success.

Tony Fletcher is the author of biographies on The Smiths, Echo & The Bunnymen, Keith Moon and more. A native of Britain who lives with his family in the Catskill Mountains of New York State, he first saw R.E.M. in concert in London in 1983; he last saw them in concert in New York in 2008 on their final tour. At R.E.M.'s request, he wrote the sleeve notes for the 1991 compilation The Best of R.E.M., and the 2008 Deluxe Edition of Reckoning. In 2007 he gave the keynote talk at 'R.E.M. In Perspective,' a symposium held in their Athens, Georgia hometown.

Description du livre Paperback. Etat : Good. The book has been read but remains in clean condition. All pages are intact and the cover is intact. Some minor wear to the spine. N° de réf. du vendeur GOR001358469

Description du livre Paperback. Etat : Fair. A readable copy of the book which may include some defects such as highlighting and notes. Cover and pages may be creased and show discolouration. N° de réf. du vendeur GOR001745006

Description du livre Paperback. Etat : Used; Good. **SHIPPED FROM UK** We believe you will be completely satisfied with our quick and reliable service. All orders are dispatched as swiftly as possible! Buy with confidence!. N° de réf. du vendeur mon0000162806

Description du livre Paperback. Etat : Very Good. A biography of Keith Moon, the drummer with the Who, who died in 1978. Information was gathered from friends and family, and associates in the music industry such as Alice Cooper, Jeff Beck, and Kenny Jones, and the author suggests that Moon's substance abuse brought on schizophrenic tendencies. The book has been read, but is in excellent condition. Pages are intact and not marred by notes or highlighting. The spine remains undamaged. N° de réf. du vendeur GOR001322273

Description du livre Paperback. Etat : Used; Good. **Simply Brit** Shipped with Premium postal service within 24 hours from the UK with impressive delivery time. We have dispatched from our book depository; items of good condition to over ten million satisfied customers worldwide. We are committed to providing you with reliable and efficient service at all times. N° de réf. du vendeur 1047388