Yates, Frances A The Art Of Memory

The Art Of Memory 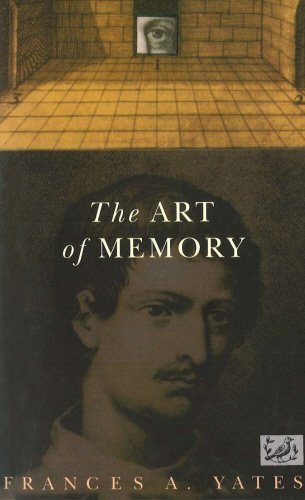 The Art of Memory This study of memory looks at the history and development of memory enhancement. The book begins by looking at the ancient Greeks who invented a memory system based on a technique of impressing "places" and "images" on the mind. This technique was then developed by the Romans and Europeans. Full description

The ancient Greeks, to whom a trained memory was of vital importance - as it was to everyone before the invention of printing - created an elaborate memory system, based on a technique of impressing 'places' and 'images' on the mind. Inherited and recorded by the Romans, this art of memory passed into the European tradition, to be revived, in occult form, at the Renaissance, and particularly by the strange and remarkable genius, Giordano Bruno.

Such is the main theme of Frances Yates's unique and brilliant book, in the course of which she sheds light on such diverse subjects as Dante's Divine Comedy, the form of the Shakespearian theatre and the history of ancient architecture. Aside from its intrinsic fascination, The Art of Memory is an invaluable contribution to aesthetics and psychology, and to the history of philosophy, of science and of literature.

Dame Frances Yates (1899-1981) achieved a world-wide reputation as an historian. Her close association with the Warburg Institute of the University of London began shortly after the Second World War, after the publication of her first two books. She was Reader in the History of the Renaissance there until 1967, when she became an Honorary Fellow. As well as gaining many academic honours, she was awarded the OBE in 1977 and was made DBE, in the same year. Her publications include Giordano Bruno and the Hermetic Tradition, Theatre of the World, The Rosicrucian Enlightenment, Astraea, Shakespeare's Last Plays and The Valois Tapestries.

1. The Art of Memory

2. The Art of Memory

3. The Art of Memory

4. The Art of Memory Yates, Frances A.