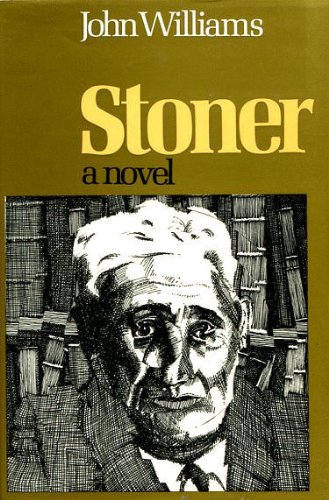 "I was stunned by it... It’s beautifully written in simple but brilliant prose, a novel of an ordinary life, an examination of a quiet tragedy, the work of a great but little-known writer" (Ruth Rendell Guardian)

"A masterpiece of sad lucidity, as moving as it is psychologically compelling" (Peter Kemp Sunday Times)

"In recent times I have owed more to word of mouth than to the statements of reviewers, when it comes to finding my way to rewarding work published or reissued... This is also true, or truer still, of Stoner" (Karl Miller Times Literary Supplement)

"My favourite book of the year...a masterpiece―beautifully written with a rare tenderness and wisdom that will make you want to read it again" (Jonathan Pugh Daily Mail)

"With prose of breathtaking clarity, and a narrative that flows along seamlessly, Williams subverts the American dream via an underachieving and rather unlucky university lecturer... Anyone who loves literature will surely love this" (Judy Moir Herald)

"The other book that cheered me up this year was Stoner by John Williams...re-emerging this year – rather triumphantly (and permanently this time, I think)" (Robin Robertson Glasgow Sunday Herald)

'It's the most marvellous discovery for everyone who loves literature' Ian McEwan, BBC Radio 4

Colum McCann once called Stoner one of the great forgotten novels of the past century, but it seems it is forgotten no longer – in 2013 translations of Stoner began appearing on bestseller lists across Europe. Forty-eight years after its first, quiet publication in the US, Stoner is finally finding the wide and devoted readership it deserves. Have you read it yet?

William Stoner enters the University of Missouri at nineteen to study agriculture. A seminar on English literature changes his life, and he never returns to work on his father's farm. Stoner becomes a teacher. He marries the wrong woman. His life is quiet, and after his death his colleagues remember him rarely.

Yet with truthfulness, compassion and intense power, this novel uncovers a story of universal value. Stoner tells of the conflicts, defeats and victories of the human race that pass unrecorded by history, and reclaims the significance of an individual life. A reading experience like no other, itself a paean to the power of literature, it is a novel to be savoured.

Description du livre Allen Lane / Penguin Books Ltd, LONDON, 1973. Hardcover. Etat : As New. Etat de la jaquette : Near Fine. PETER TILL (DUST JACKET) (illustrateur). First Edition UK. Pale green boards with silver titles and publisher's device to spine. 205 x 135mm approx. 278 pp. First UK edition of this American novelist's recently much acclaimed work (see the many literary reviews available on google ie Ian McEwan - The Telegraph, Simon Hammond/ Julian Barnes-The Guardian, Christopher Bigsby- The Times (timeshighereducation) Nicholas Shakespeare- Telegraph) which came to the attention of reviewers through the rare phenomenon of personal recommendation rather than media hype. It has now been re issued in paperback as a modern classic and a 50th Anniversary edition in hard back was published in November 2015, how long before a meteoric rise in value of this scarce UK first edition? The copy offered by us is in near mint condition. As New/Near Fine (Book- no defects and no previous owner name. Dust Jacket- clipped ( promotional date price removed ?) Printed cover price Ł2.50 remains. A few negligible dust spot marks to exposed margin of rear flap fold. No other defects and now in a removable proprietary protective sleeve). Please see our images of the actual book offered for sale. N° de réf. du vendeur 120180