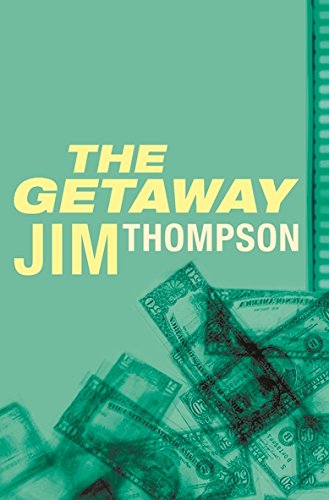 Jim Thompson (1906-1977) was born in Anadarko, Oklahoma. After an itinerant childhood during which his sheriff father was driven from office for embezzlement; and as a roughneck in the Texan oil fields of the 1920s, Thompson became successful as a writer with the pulp fiction houses of the 1950s, writing a dozen of his more enduring novels in just 19 months. Among his many novels are The Killer Inside Me, The Grifters, The Getaway and After Dark, My Sweet. He also wrote two screenplays (for the Stanley Kubrick films The Killing and Paths of Glory). Pop. 1280 was an acclaimed French film under the title Coup de Torchon.

The story of a bank robbery and its aftermath, of cross and double-cross, told with the unflinching eye of America's greatest crime writer.

When it comes to pulling off the perfect bank job, Doc McCoy wrote the book. But with a partner like Rudy Torrento, who is not only treacherous but insane, and a wife who is still an amateur, McCoy has forgotten something: when the crime is big and bloody enough, there is no such thing as a clean getaway.