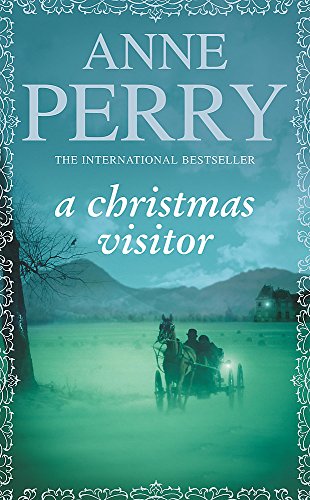 Henry Rathbone arrives to spend Christmas at the Dreghorn family manor house near Ullswater. He is greeted by the news that the master of the house, Judah Dreghorn has slipped while crossing a stream in the grounds of the estate in the middle of the night, and drowned. Not only this, but Ashton Gower, recently released from prison, is slandering Judah's name, claiming that his family rightfully owns the estate and that the forged deeds for which he was imprisoned were in fact genuine. To Rathbone and the two remaining Dreghorn brothers, also returning to the Lakes for Christmas, Judah's mysterious death and Gower's outrageous claims seem inextricably linked.

Anne Perry is a New York Times bestselling author noted for her memorable characters, historical accuracy and exploration of social and ethical issues. Her two series, one featuring Thomas Pitt and one featuring William Monk, have been published in multiple languages. Anne Perry has also published a successful series based around World War One and the Reavley family, and the recent standalone novel The Sheen on the Silk. Anne Perry was selected by The Times as one of the twentieth century's '100 Masters of Crime'.

Description du livre Etat : Good. New Ed. Ships from the UK. Former Library book. Shows some signs of wear, and may have some markings on the inside. N° de réf. du vendeur GRP10747820

Description du livre Paperback. Etat : Very Good. The book has been read, but is in excellent condition. Pages are intact and not marred by notes or highlighting. The spine remains undamaged. N° de réf. du vendeur GOR000930416

Description du livre Paperback. Etat : Good. The book has been read but remains in clean condition. All pages are intact and the cover is intact. Some minor wear to the spine. N° de réf. du vendeur GOR000871308