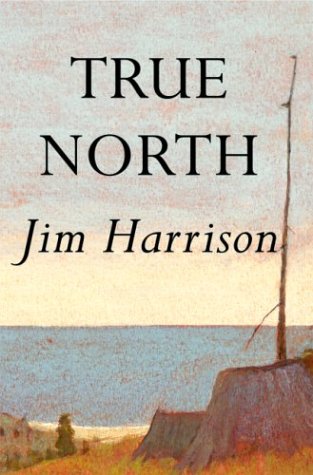 I am on record as a great admirer of Annie Ovendens paintings which not only have a perfect Englishness about them but also do what all art is supposed to do and great art does effortlessly: yes, they beguile the eye, but, importantly they open the Inner Eye, and each time I view Annie s transcendental landscapes, every aspect of nature is revealed anew as something fresh and wonderful. For me poetry occupies a space somewhere between the heart and the intellect, and can beguile both, but I think its true stature is apparent when it provokes the thought process. In True North Philip Quinlan has evidently thought very deeply. This is apparent from his own Introduction and his several pages of notes, which go some way to expanding upon his thinking; however it is from the verses themselves - and I m not sure from his notes how well he is aware of this himself - that it becomes apparent that he has not just thought but also felt. The poems repay repeated reading, and the reader will be drawn to accompany the poet on his personal journey. This or something very like it is surely what Poetry is all about. --Jonathon Coudrille

True North is not so much a collection of individual poems as a cycle (or, more properly two half-cycles) of poems with associated images. It has an underlying structure and some unifying ideas which may not be immediately obvious but which I hope contribute to a sense of completeness --Philip Quinlan

Philip Quinlan was born in 1958 in Essex, England although he spent many years living in Yorkshire and Lancashire. He declines to share too many biographical details to preserve the privacy of his family life and for professional reasons. Although he has been writing poetry for many years Philip has published only the one volume (True North) to date and has focused his energies on developing an individual style and technique which combines his interests in language and music. His poems are intentionally accessible and explain themselves without external references but yet repay repeated readings. Philip s style defies simple categorisation as it has elements both of formality and freedom with a strong emphasis on rhythm and sonics. It is very much in the English tradition and in some ways reflects the early influence of the work of Ted Hughes and Dylan Thomas. His writing is often introspective and adopts a questioning stance in relation to such subjects as private experience, time, religion, science and prehistory but he tries to avoid simple answers or messages. Philip is currently working on a second collection.