Articles liés ą Spring and All

Williams, William Carlos Spring and All 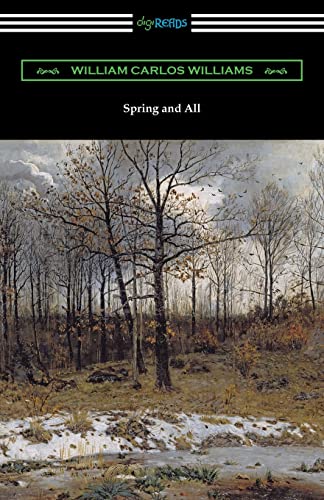 Spring and All (Paperback)

Description du livre Paperback. Etat : New. Language: English. Brand new Book. First published in 1923, "Spring and All" is the groundbreaking volume of poetry by the modernist and imagist American poet William Carlos Williams. Williams, born in New Jersey in 1883, worked as a doctor for most of his life while spending his free time writing plays, short stories, novels, essays, and poetry. Containing some of Williams's best-known poetry, the volume alternates between prose and free verse. Williams's prose has been described as cryptic, dramatic, and full of energy. Greatly influenced by T. S. Eliot's "The Waste Land", which was published in 1922, Williams sought to recreate the world through language, rather than merely describe it. This desire and Eliot's influence are evident in his beautiful and evocative poems. Two of Williams's most famous poems can be found in this volume, numbered in the book as I and XXII, these poems are known more commonly as "Spring and All" and "The Red Wheelbarrow" respectively. While "Spring and All" received little attention during Williams's lifetime, it was reprinted after his death and continues to be viewed as an important and significant work of American literature, being named by the Library of Congress in 2012 as one of the 88 "Books that Shaped America". This edition is printed on premium acid-free paper. N° de réf. du vendeur APC9781420963847