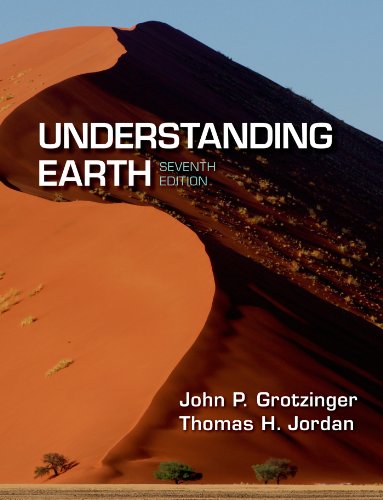 John Grotzinger is a field geologist interested in the evolution of the Earth's surface environments and biosphere. His research addresses the chemical development of the early oceans and atmosphere, the environmental context of early animal evolution, and the geologic factors that regulate sedimentary basins. He has contributed to developing the basic geologic framework of a number of sedimentary basins and orogenic belts in northwestern Canada, northen Siberia, southern Africa, and the western United States. He received his B.S. in geoscience from Hobart College in 1979, an M.S. in geology from the University of Montana in 1981, and a Ph.D. in geology from Virginia Polytechnic Institute and State University in 1985. He spent three years as a research scientist at the Lamont-Doherty Geological Observatory before joining the MIT faculty in 1988. From 1979 to 1990, he was engaged in regional mapping for the Geological Survey of Canada. He currently works as a geologist on the Mars Exploration Rover team, the first mission to conduct ground-based exploration of the bedrock geology of another planet, which has resulted in the discovery sedimentary rocks formed in aqueous depositional environments. Thomas H. Jordan is director of the Southern California Earthquake Center and W. M. Keck Foundation Professor of Earth Sciences at the University of Southern California. As SCEC's principal investigator since 2002, he has overseen all aspects of its program in earthquake system science, which currently involves over 600 scientists at more than 60 universities and research institutions worldwide (http://www.scec.org). The center's mission is to develop comprehensive understanding of earthquakes and use this scientific knowledge to reduce earthquake risk. Jordan established SCEC's Collaboratory for the Study of Earthquake Predictability and has been the lead SCEC investigator on projects to create and improve a time-dependent, uniform California earthquake rupture forecast. He currently chairs the International Commission on Earthquake Forecasting for Civil Protection (appointed by the Italian government), is a member of the California Earthquake Prediction Evaluation Council, and has served on the Scientific Earthquake Studies Advisory Committee of the U. S. Geological Survey. He is an author on approximately 190 scientific publications, including two popular textbooks.

Understanding Earth is designed to bring the worldview of the working geologist to an audience new to learning about science. Students aren't merely presented with concepts and processes - they come to learn how we know what we know, and how that knowledge impacts their lives as citizens and helpful environmental stewards of the planet.