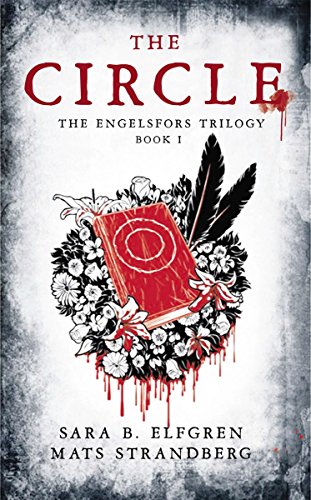 "The six protagonists are dynamic heroines with dark motivations, conflicting desires, and plenty of secrets. When the demons finally threaten to kill off the girls one by one, tension climbs sharply toward a suspenseful conclusion, leaving fans eager for the next book in the series." —The Horn Book

Praise for The Circle:

"What a stunning novel. Raw, real, smart, very thrilling and very, very wicked. The Circle is Twilight by way of The Girl With the Dragon Tattoo." --Lev Grossman, bestselling author of The Magicians

"The Circle is a story about group dynamics, identity, and finding one’s place in the world. Like all great books, it’s about how people handle the difficult task of becoming human beings, together with other human beings." --John Ajvide Lindqvist, bestselling author of Let the Right One In

“The Circle ensnares you from the start, with all the epic mayhem and darkness of Buffy the Vampire Slayer and with teen characters as rich and nuanced as any reader could hope for. It’s an utterly convincing world, and a resonant one, and we find ourselves wanting to follow its heroes anywhere.” --Megan Abbott, bestselling author of Dare Me and The End of Everything

“A beautiful, frightening, empowering novel reminiscent of the best of Scott Westerfeld or Anne Rice, The Circle puts its mismatched heroines--and readers--at the center of an ancient conspiracy of magic as terrifying as it is realistic. Enthralling from start to finish.” --Elizabeth Hand, bestselling author of Available Dark and Walking the Moon

“Rightly destined to be the next cult read.” --The Telegraph

“[The Circle] reads like the The Demon Headmaster set in a Swedish Twin Peaks with a nod to Stieg Larsson. --The Observer

"The Scandinavian setting provides a chilly atmosphere to an otherwise dark story of struggling teens and a rash of suicides, but the multilayered, cinematic plot is buoyed by the girls’ determination, as well as the understated and idiosyncratic presence of magic." --Booklist

On a night after the apparent suicide of high school student Elias Malmgren, a blood-red moon fills the night sky. Minoo wakes up outside her house, still in her pajamas, and is drawn by an invisible force to an abandoned theme park on the outskirts of town. Soon five of her classmates—Vanessa, Linnéa, Anna-Karin, Rebecka, and Ida—arrive, compelled by the same force. A mystical being takes over Ida’s body and tells them they are fated to fight an ancient evil that is hunting them. As the weeks pass, each girl discovers she has a unique magical ability. They begin exploring their powers. The six are wildly different and definitely not friends . . . but they are the Chosen Ones.

In this gripping first installment of The Engelsfors Trilogy, a parallel world emerges in which teenage dreams, insanely annoying parents, bullying, revenge, and love collide with dangerous forces and ancient magic. An international sensation with rights sold in 26 countries, The Circle is razor-sharp and remarkable from start to finish.

1. The Circle: Book I (The Engelsfors Trilogy)

Description du livre Etat : New. This is a brand new book! Fast Shipping - Safe and Secure Mailer - Our goal is to deliver a better item than what you are hoping for! If not we will make it right!. N° de réf. du vendeur 1XGGTE000O6S_ns

2. The Circle: Book I (The Engelsfors Trilogy)

3. The Circle: Book I (The Engelsfors Trilogy)

4. THE CIRCLE: BOOK I (THE ENGELSFO

5. The Circle: Book I (The Engelsfors Trilogy) Elfgren, Sara B. and Strandberg, Mats