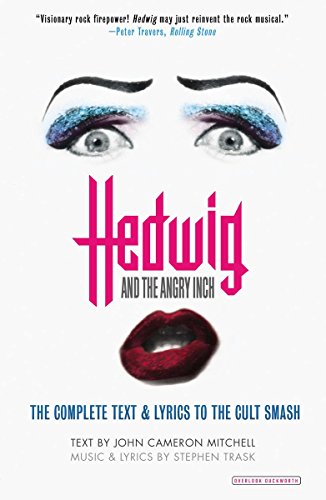 John Cameron Mitchell is an actor and director who has performed in the original Broadway production of Six Degrees of Separation, The Secret Garden (Drama Desk nomination), and The Destiny of Me (Obie Award, Drama Desk nomination). He recently appeared in HBO’s Girls as Hannah’s ebook editor. He wrote, directed, and starred in the film adaptation of Hedwig, which won prizes at the Berlin, Deauville, San Francisco, and Sundance film festivals.  He also directed the film adaptation of David Lindsay-Abaire’s Rabbit Hole (Academy Award nomination for Best Actress).

Stephen Trask was one of the original members of the notorious Squeeze Box House Band, performing with Debbie Harry, Hole, Green Day, and many others. For five years, he performed with his band Cheater, which originated the role of The Angry Inch off-Broadway as well as for the original cast recording and in the film.  He has scored  numerous films, including Dreamgirls, The Station Agent, The Little Fockers, The Back-up Plan, Lovelace: The Inside Story of Deep Throat, and Admission.

On Valentine’s Day 1998, Hedwig and the Angry Inch opened off-Broadway to rave reviews, revitalizing the rock musical while engendering a die-hard cult following, and the phenomenon of Hedwig was born. In 2001, the mesmerizing film adaptation was released to equally glowing reviews.

Brilliantly innovative and oddly endearing, Hedwig and the Angry Inch—inspired by Plato’s Symposium—is the story of “internationally ignored song stylist” Hedwig Schmidt, the victim of a gruesomely botched sex-change operation, as dazzlingly recounted by Hedwig (née Hansel) herself in the form of a lounge act, backed by the rock band The Angry Inch.