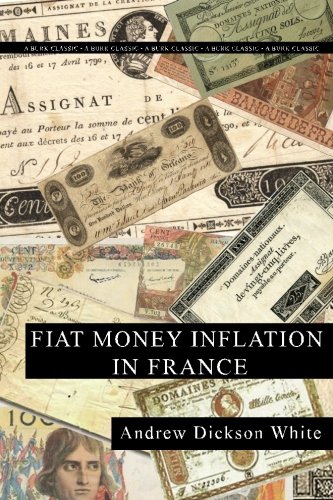 Andrew Dickson White (1832-1918) was a U. S. diplomat, author, and educator, best known as the co-founder of Cornell University. In 1865 he became Cornell's first president and also served as a professor in the Department of History. After 14 years at Cornell, White took leave to serve as Commissioner to Santo Domingo (1871), the first U. S. Minister to Germany (1879-1881), and first president of the American Historical Association (1884-1886). He also served as President of the American delegation to The Hague Peace Conference (1899) and as the first U. S. Ambassador to Germany (1897-1902). In 1869 White gave a lecture on "The Battle-Fields of Science". Over the next 30 years he refined his analysis, expanding his case studies to include nearly every field of science over the entire history of Christianity. The final result was the two-volume History of the Warfare of Science with Theology in Christendom (1896) which became an extremely influential text on the relationship between religion and science. His other works include: Fiat Money Inflation in France (1896) and Autobiography of Andrew Dickson White (2 volumes) (1905).

Andrew Dickson White's classic historical essay on hyperinflation is as powerful today as when it was written.