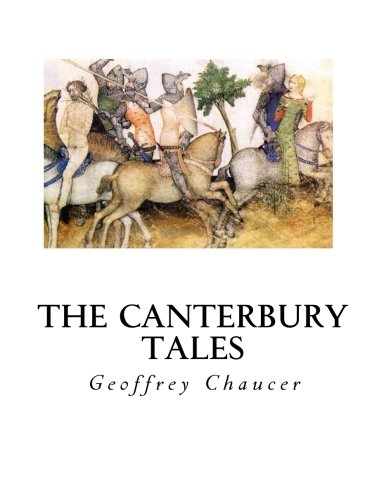 The Canterbury Tales Geoffrey Chaucer The Canterbury Tales (Middle English: Tales of Caunterbury) is a collection of 24 stories that runs to over 17,000 lines written in Middle English by Geoffrey Chaucer. In 1386, Chaucer became Controller of Customs and Justice of Peace and, three years later, Clerk of the King's work in 1389. It was during these years that Chaucer began working on his most famous text, The Canterbury Tales. The tales (mostly written in verse, although some are in prose) are presented as part of a story-telling contest by a group of pilgrims as they travel together on a journey from London to Canterbury in order to visit the shrine of Saint Thomas Becket at Canterbury Cathedral. The prize for this contest is a free meal at the Tabard Inn at Southwark on their return.