Articles liés ŕ The Cause: A Short History of the Women's Movement...

Strachey, Ray The Cause: A Short History of the Women's Movement in Great Britain

The Cause: A Short History of the Women's Movement in Great Britain 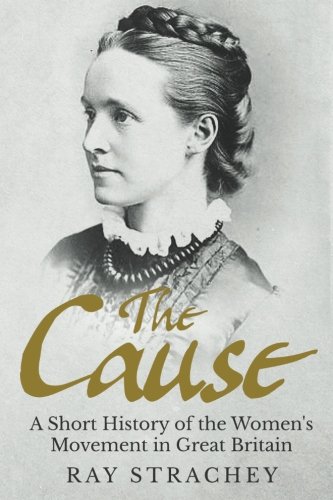 "The history of the Women’s Movement is the whole history of the nineteenth century. Nothing which occurred in those years could be irrelevant to the great social change which was going on.”

In this famous work, Ray Strachey records in rich detail women’s struggles for personal, legal, political and social liberties from the late eighteenth century until after the First World War.

It is a balanced and immensely readable record both of human character and collective determination — from the awakenings of individual women to their own uselessness, through the growth of Radicalism and philanthropy to the decade after the vote was won.

Considered one of the great historians of the women’s movement, Ray Strachey draws remarkable portraits of the personalities involved — Harriet Taylor, John Stuart Mill, Elizabeth Garrett Anderson, Millicent Fawcett, Josephine Butler — and many, many others.

Today, for a new generation wondering how the struggle began, Ray Strachey’s panoramic book provides the only complete account of a great cause — the emancipation of women.

Her daughter, Barbara Strachey, writer and former BBC producer, provides a new preface to this edition.

Ray Strachey (1887-1940) was born into a distinguished American Quaker family. Deeply committed to the Suffrage Movement, a close friend and colleague of the Suffragist leader Millicent Fawcett, she took part in the fight for the vote during the critical years. She was one of the first women to stand for Parliament after the vote was won and became political adviser to Lady Astor, the first women MP. Editor of the Suffragist newspaper The Common Cause, she was deeply committed to the advancement of women, serving on many committees and organizations, and founding the Women’s Employment Federation. A prolific writer and broadcaster, she wrote numerous articles, pamphlets and books, including a notable biography of Millicent Fawcett.

1. The Cause: A Short History of the Women's Movement in Great Britain

2. The Cause: A Short History of the Women's Movement in Great Britain

Description du livre CreateSpace Independent Publishi, 2016. Paperback. Etat : Very Good. All orders are dispatched the following working day from our UK warehouse. Established in 2004, we have over 500,000 books in stock. No quibble refund if not completely satisfied. N° de réf. du vendeur mon0005128699