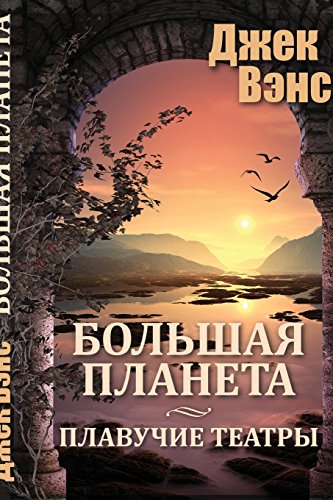 Description du livre Paperback. Etat : New. Language: Russian. Brand new Book. Big Planet (in Russian)Big Planet is a far-away world where any metal is rare. Its surface area is 20 times that of Earth. It is populated by the descendants of outlaws and dissidents who formed many tribes and societies, each with its own strange customs. On the Big Planet, beauty and evil dwell in uneasy proximity. Charley Lysidder, the usurper of a powerful title of Bajarnum of Bojolais, seeks to rule the whole vast planet, while Claude Glystra leads a commission from Earth to investigate Lysidder's profitable and illegal space trade in weapons and slaves. Orbital sabotage results in the crash of Glystra's spaceship amidst the dangerous land, 40 thousand miles from the safe Earth Enclave. How could he succeed now? How could he even survive? Thousands of years later, on the same Big Planet, Apollon Zamp, owner and captain of a showboat wondering from one port to another along the river Vissel and its tributaries, hopes to become a winner of the competition among showboat entertainers, and to gain a promised prize - an unheared of treasure of metal - despite the many dangers of a long voyage upriver to the unknown northern lands, and despite the machinations of his relentless rival, captain and theatrical producer Garth Ashgale. Appearance onboard of the mysterious aristocratic beauty distracts Zamp and seriously complicates his task. N° de réf. du vendeur APC9781539356790