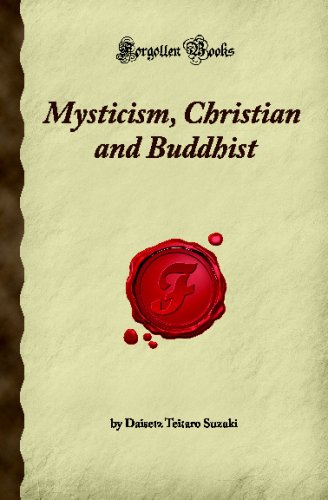 "Daisetz Teitaro Suzuki (Suzuki Daisetsu, October 18, 1870 - July 22, 1966) was a famous Japanese author of books and essays on Buddhism, Zen and Shin that were instrumental in spreading interest in both Zen and Shin (and Far Eastern philosophy in general) to the West. Suzuki was also a prolific translator of Chinese, Japanese, and Sanskrit literature.D. T. Suzuki was born Teitara Suzuki in Honda-machi, Kanazawa, Ishikawa Prefecture, the fourth son of physician Ryojun Suzuki. (The Buddhist name "Daisetz", meaning "Great Simplicity", was given to him by his Zen master Shaku Soen---see below.) Although his birthplace no longer exists, a monument marks its location. The Samurai class into which Suzuki was born declined with the fall of feudalism, which forced Suzuki's mother, a Jodo Shinshu Buddhist, to raise him in impoverished circumstances after his father died. When he became old enough to reflect on his fate in being born into this situation, he began to look for answers in various forms of religion. His naturally sharp and philosophical intellect found difficulty in accepting some of the cosmologies to which he was exposed." (Quote from wikipedia.org)

This is a pre-1923 historical reproduction that was curated for quality. Quality assurance was conducted on each of these books in an attempt to remove books with imperfections introduced by the digitization process. Though we have made best efforts - the books may have occasional errors that do not impede the reading experience. We believe this work is culturally important and have elected to bring the book back into print as part of our continuing commitment to the preservation of printed works worldwide. This text refers to the Bibliobazaar edition.