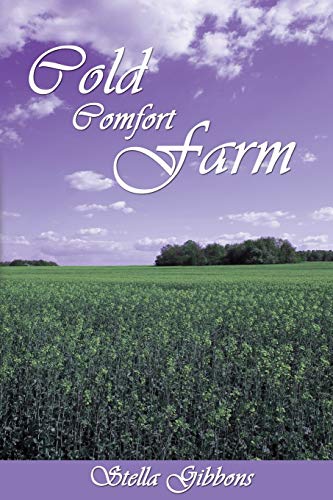 A hilarious and merciless parody of rural melodramas and one of the best-loved comic novels of all time, Cold Comfort Farm by Stella Gibbons is beautifully repackaged as part of the Penguin Essentials range. 'We are not like other folk, maybe, but there have always been Starkadders at Cold Comfort Farm...'Sensible, sophisticated Flora Poste has been expensively educated to do everything but earn a living. When she is orphaned at twenty, she decides her only option is to descend on relatives - the doomed Starkadders at the aptly named Cold Comfort Farm.There is Judith in a scarlet shawl, heaving with remorse for an unspoken wickedness; raving old Ada Doom, who once saw something nasty in the woodshed; lustful Seth and despairing Reuben, Judith's two sons; and there is Amos, preaching fire and damnation to one and all. As the sukebind flowers, Flora takes each of the family in hand and brings order to their chaos.Cold Comfort Farm is a sharp and clever parody of the melodramatic and rural novel.'Very probably the funniest book ever written' Sunday Times 'Screamingly funny and wildly subversive' Marian Keyes, Guardian'Delicious ... Cold Comfort Farm has the sunniness of a P. G. Wodehouse and the comic aplomb of Evelyn Waugh's Scoop' Independent 'One of the finest parodies written in English...a wickedly brilliant skit' Robert Macfarlane, Guardian Stella Gibbons was born in London in 1902. She went to North London Collegiate School and studied journalism at University College, London. She then worked for ten years on various papers, including the Evening Standard. Her first publication was a book of poems, The Mountain Beast (1930), and her first novel, Cold Comfort Farm (1932), won the Femina Vie Heureuse Prize. Amongst her other novels are Miss Linsey and Pa (1936), Nightingale Wood (1938), Westwood (1946), Conference at Cold Comfort Farm (1949) and Beside the Pearly Water (1954). Stella Gibbons died in 1989.

Stella Dorothea Gibbons, novelist, poet and short-story writer, was born in London in 1902. Her first publication was a book of poems The Mountain Beast (1930) and her first novel Cold Comfort Farm (1932) won the Femina Vie Heuruse Prize for 1933. Amongst her other novels are Miss Linsey and Pa (1936), Nightingale Wood (1938), Westwood (1946), Conference at Cold Comfort Farm (1959) and Beside the Pearly Water (1954). Her Collected Poems appeared in 1950. Stella Gibbons died in 1989. Lynne Truss is a writer and journalist who started out as a literary editor with a blue pencil and then got sidetracked. The author of three novels and numerous radio comedy dramas, she spent six years as the television critic of The Times, followed by four (rather peculiar) years as a sports columnist for the same newspaper. She won Columnist of the Year for her work for Women’s Journal. Lynne Truss also hosted Cutting a Dash, a popular BBC Radio 4 series about punctuation. She now reviews books for the Sunday Times and is a familiar voice on BBC Radio 4. She lives in Brighton.

Description du livre Paperback. Etat : New. Language: English. Brand new Book. In Gibbons's classic tale, a resourceful young heroine finds herself in the gloomy, overwrought world of a Hardy or Bronte novel and proceeds to organize everyone out of their romantic tragedies into the pleasures of normal life. Flora Poste, orphaned at 19, chooses to live with relatives at Cold Comfort Farm in Sussex, where cows are named Feckless, Aimless, Pointless, and Graceless, and the proprietors, the dour Starkadder family, are tyrannized by Flora's mysterious aunt, who controls the household from a locked room. Flora's confident and clever management of an alarming cast of eccentrics is only half the pleasure of this novel. The other half is Gibbons's wicked sendup of romantic cliches, from the mad woman in the attic to the druidical peasants with their West Country accents and mystical herbs. Anne Massey's skillful rendering of a variety of accents will make this story more accessible to American audiences. Recommended for both literary and popular collections. N° de réf. du vendeur AAV9781607960218