Articles liťs ŗ The Art of Zen: Paintings and Calligraphy by Japanese...

Addiss, Stephen The Art of Zen: Paintings and Calligraphy by Japanese Monks 1600-1925

The Art of Zen: Paintings and Calligraphy by Japanese Monks 1600-1925 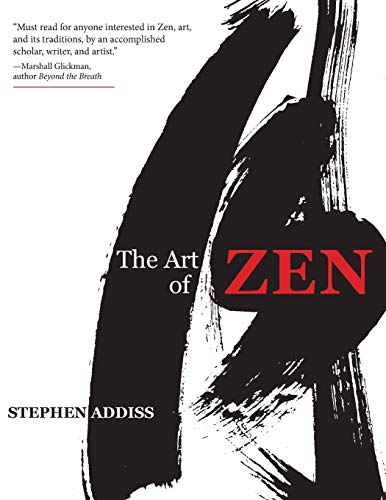 4. The Art of Zen: Paintings and Calligraphy by Japanese Monks 1600-1925 (Paperback or Softback)

Description du livre Echo Point Books & Media, United States, 2018. Paperback. Etat : New. Reprint ed. Language: English. Brand new Book. Zen, the practice of seeking and achieving enlightenment, is embodied in art forms as diverse as sand gardens and tea ceremonies. However, the attempt to artistically express the inexpressible finds one of its clearest manifestations in painting. Especially after 1600, more and more Japanese Zen masters began depicting their individual paths to enlightenment with bold, inked brushstrokes of images and calligraphy of Zen subjects and sayings. The result was a visual expression of Zen called Zenga (literally "Zen picture"), the purest possible communication of Zen principles, and often used as an aid in meditation. As practiced by Zen masters, who were expert in calligraphy but not professional artists, the subject matter was often simple, suggestive, and abstract, though sometimes the artists depicted humorous portraits of Zen masters and their followers. With this stunning collection of Zenga masterpieces from the seventeenth to twentieth centuries, prolific author and Professor of Art, Emeritus, at the University of Richmond, Stephen Addiss showcases centuries of great works of Zen calligraphy and painting. Many of the pieces, gathered from Japanese temples, have never been widely seen before. The book also provides a comprehensive introduction to the major Zenga artists, offering extensive, engaging biographies of these awakened monks. Dr. Addiss insightfully describes the history of Japanese Zen art and culture, and includes translations of Zen prose and poems. He also explains the various styles of the fascinating monk-artists, with enriching commentary on their techniques and innovations. These marvelous visual expressions of self-knowledge and enlightenment will delight readers, and perhaps even inspire some to deepen their own spiritual practices. Readers interested in related titles from Stephen Addiss will also want to see: How to Look At Japanese Art (ISBN: 162654283X ). Nį de rťf. du vendeur AAV9781635610741