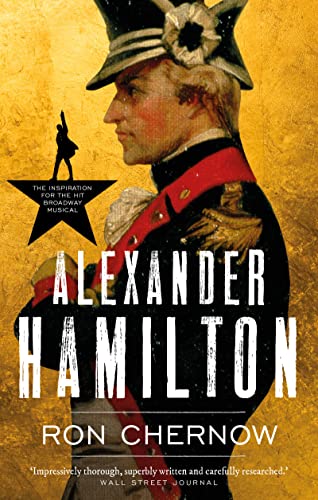 On the night of April 18, 1775, 800 British troops marched out of Boston to capture Samuel Adams and John Hancock and seize a stockpile of patriot munitions in Concord, Massachusetts. As they passed Lexington, they encountered a motley battalion of militia farmers known as Minutemen, and in the ensuing exchange of gunfire the British killed 8 colonists and then 2 more in Concord. As the redcoats retreated helter-skelter to Boston, they were riddled by sniper fire that erupted from behind hedges, stone walls, and fences, leaving a bloody trail of 273 British casualties versus 95 dead or wounded for the patriots.

The news reached New York within four days and a mood of insurrection promptly overtook the city. People gathered at taverns and street corners to ponder events while Tories quaked. The newly emboldened Sons of Liberty streamed down to the East River docks, pilfered ships bound for British troops in Boston, then emptied the city hall arsenal of its muskets, bayonets, and cartridge boxes, grabbing a thousand weapons in all.

Armed with this cache, volunteer militia companies sprang up overnight. However much the British might deride these ragtag citizen-soldiers, they conducted their business seriously. Inflamed by the astonishing news from Massachusetts, Alexander Hamilton, then a student at King’s College (later Columbia University), was that singular intellectual who picked up a musket as fast as a pen. Nicholas Fish recalled that “immediately after the Battle of Lexington, [Hamilton] attached himself to one of the uniform companies of militia then forming for the defence of the country by the patriotic young men of this city under the command of Captain Fleming.” Fish and Robert Troup, both classmates of Hamilton, were among the earnest cadre of King’s College volunteers who drilled before classes each morning in the churchyard of nearby St. Paul’s Chapel. The fledgling volunteer company was named the Hearts of Oak. The young recruits marched briskly past tombstones with the motto of “Liberty or Death” stitched across their round leather caps. On short, snug green jackets they also sported, for good measure, red tin hearts that announced “God and our Right.”

Hamilton approached this daily routine with the same perfectionist ardor that he exhibited in his studies. Troup stressed the “military spirit” infused into Hamilton and noted that he was “constant in his attendance and very ambitious of improvement.” Never one to fumble an opportunity, Hamilton embarked on a comprehensive military education. With his absorbent mind, he mastered infantry drills, pored over volumes on military tactics and learned the rudiments of gunnery and pyrotechnics from a veteran bombardier. There was a particular doggedness about this young man, as if he were already in training for something far beyond lowly infantry duty.

On April 24, a huge throng of patriots massed in front of city hall. While radicals grew giddy with excitement, many terrified Tory merchants began to book passage for England. The next day, an anonymous handbill blamed Myles Cooper, the Tory president of King’s College, and four other “obnoxious gentlemen” for patriotic deaths in Massachusetts and said the moment had passed for symbolic gestures. “The injury you have done to your country cannot admit of reparation,” these five loyalists were warned. “Fly for your lives or anticipate your doom by becoming your own executioners.” A defiant Myles Cooper stuck to his post.

After a demonstration on the night of May 10, hundreds of protesters, armed with clubs and heated by a heady brew of political rhetoric and strong drink, descended on King’s College, ready to inflict rough justice on Myles Cooper. Hercules Mulligan recalled that Cooper “was a Tory and an obnoxious man and the mob went to the college with the intention of tarring and feathering him or riding him upon a rail.” Nicholas Ogden, a King’s alumnus, saw the angry mob swarming toward the college and raced ahead to Cooper’s room, urging the president to scramble down a back window. Because Hamilton and Troup shared a room near Cooper’s quarters, Ogden also alerted them to the approaching mob. “Whereupon Hamilton instantly resolved to take his stand on the stairs [the outer stoop] in front of the Doctor’s apartment and there to detain the mob as long as he could by an harangue in order to gain the Doctor the more time for his escape,” Troup recorded.

After the mob knocked down the gate and surged toward the residence, Hamilton launched into an impassioned speech, telling the boisterous protesters that their conduct, instead of promoting their cause, would “disgrace and injure the glorious cause of liberty.” One account has the slightly deaf Cooper poking his head from an upper-story window and observing Hamilton gesticulating on the stoop below. He mistakenly thought that his pupil was inciting the crowd instead of pacifying them and shouted, “Don’t mind what he says. He’s crazy!” Another account has Cooper shouting at the ruffians: “Don’t believe anything Hamilton says. He’s a little fool!” The more plausible version is that Cooper had vanished, having scampered away in his nightgown once Ogden forewarned him of the approaching mob.

Hamilton knew he couldn’t stop the intruders but he won the vital minutes necessary for Cooper to clamber over a back fence and rush down to the Hudson. Of all the incidents in Hamilton’s early life in America, his spontaneous defense of Myles Cooper was probably the most telling. It showed that he could separate personal honor from political convictions and presaged a recurring theme of his career: the superiority of forgiveness over revenge. Most of all, the episode captured the contradictory impulses struggling inside this complex young man, an ardent revolutionary with a profound dread that popular sentiment would boil over into dangerous excess.

The inspiration for the hit Broadway musical Hamilton!

In the first full-length biography of Alexander Hamilton in decades, National Book Award winner Ron Chernow tells the riveting story of a man who overcame all odds to shape, inspire, and scandalize the newborn America. According to historian Joseph Ellis, Alexander Hamilton is “a robust full-length portrait, in my view the best ever written, of the most brilliant, charismatic and dangerous founder of them all.”

Few figures in American history have been more hotly debated or more grossly misunderstood than Alexander Hamilton. Chernow’s biography gives Hamilton his due and sets the record straight, deftly illustrating that the political and economic greatness of today’s America is the result of Hamilton’s countless sacrifices to champion ideas that were often wildly disputed during his time. “To repudiate his legacy,” Chernow writes, “is, in many ways, to repudiate the modern world.” Chernow here recounts Hamilton’s turbulent life: an illegitimate, largely self-taught orphan from the Caribbean, he came out of nowhere to take America by storm, rising to become George Washington’s aide-de-camp in the Continental Army, coauthoring The Federalist Papers, founding the Bank of New York, leading the Federalist Party, and becoming the first Treasury Secretary of the United States.

Historians have long told the story of America’s birth as the triumph of Jefferson’s democratic ideals over the aristocratic intentions of Hamilton. Chernow presents an entirely different man, whose legendary ambitions were motivated not merely by self-interest but by passionate patriotism and a stubborn will to build the foundations of American prosperity and power. His is a Hamilton far more human than we’ve encountered before—from his shame about his birth to his fiery aspirations, from his intimate relationships with childhood friends to his titanic feuds with Jefferson, Madison, Adams, Monroe, and Burr, and from his highly public affair with Maria Reynolds to his loving marriage to his loyal wife Eliza. And never before has there been a more vivid account of Hamilton’s famous and mysterious death in a duel with Aaron Burr in July of 1804.

Chernow’s biography is not just a portrait of Hamilton, but the story of America’s birth seen through its most central figure. At a critical time to look back to our roots, Alexander Hamilton will remind readers of the purpose of our institutions and our heritage as Americans.

Description du livre Paperback. Etat : Very Good. The book has been read, but is in excellent condition. Pages are intact and not marred by notes or highlighting. The spine remains undamaged. N° de réf. du vendeur GOR008526776

Description du livre Hardcover. Etat : Good. A tan to the page edges/pages Good condition is defined as: a copy that has been read but remains in clean condition. All of the pages are intact and the cover is intact and the spine may show signs of wear. The book may have minor markings which are not specifically mentioned. Most items will be dispatched the same or the next working day. N° de réf. du vendeur wbb0018681716