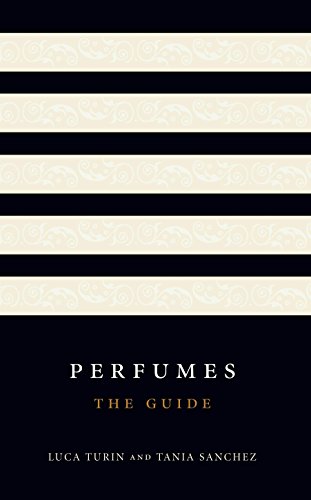 Cool Water (Davidoff) * * * * * aromatic fougĶre
This beautiful 1988 composition made Pierre Bourdon famous and was imitated more times, I’ll wager, than any other fragrance in history save Chypre. The problem with successful masculines is that you associate them with the legion of aspirational klutzes who wore them for good luck. Trying to assess CW without conjuring up the image of some open shirted prat with hair gel is a bit like the Russian cure for hiccups: run around the house three times without thinking of the word wolf. This said, unlike Chypre, CW belongs to the category of things done right the first time, like the first Windsurfer and the Boeing 707. Countless imitations, extensions, variations, and complications failed to improve on it or add a jot of interest to this cheerful, abstract, cheap, and lethally effective formula of crab apple, woody citrus, amber, and musk. Now let women wear it for a decade or two. LT

L'Air du Dķsert Marocain (Tauer) ***** incense oriental
The sweet, resinous smell of amber, the smell of the classic perfume oriental, has long been weighed down with vanilla and sandalwood ballast, decorated with mulling spices, bolstered with musk, made come-hither, ready for its closeup, and we are quite used to it—but this is not amber's first life. Perfume, as has been pointed out many times, means “through smoke,” named for the fragrant materials burned to clean the air and therefore the spirit. Since the angel Metatron sees fit to deliver his messages to the world nowadays via the guitar of Carlos Santana, it only makes sense that the as yet unnamed angel of perfume chooses to speak through an unassuming Swiss chemist from Zurich with a mustache and a buttoned shirt. L'Air du Dķsert is talented amateur perfumer Andy Tauer's second fragrance, after the rich oriental rose of Maroc pour Elle; one hale breath of Dķsert's vast spaces clears the head of all the world's nonsense. There is something about the ancient smell of these resins (styrax, frankincense) that on first inhalation strikes even this suburban American Protestant with no memories of mass as entirely holy, beautiful, purifying, lit without shadow from all sides. Even without the fragrance's name to prompt me, I would still feel the same peace when smelling it that I've felt only once before, when driving across the Southwestern desert one morning: all quiet, no human habitation for miles, the upturned bowl of the heavens infinitely high above, and the sage and occasional quail clutching close and gray to the dun earth. Each solitary object stood supersaturated with itself, full to the brim, sure to spill over if subjected to the slightest nudge. Wear this fragrance and feel the cloudless sky rush far away above you. TS

Eternity for Men (Calvin Klein) * * * mandarin lavender
An interesting twist on the perennially pleasant citrus-lavender accord using the (musically speaking) flattened note of mandarin rather than straight citrus, or the corresponding sharp of lime. This is a very skillfully composed and likable fragrance, but I wish more cash had been spent on the formula. It smells good but cheap, which would be fine if the overall structure were unpretentious as in Cool Water, whereas it is distinctly aspirational. LT

Tommy Girl (Tommy Hilfiger) * * * * * tea floral
No fragrance in recent memory has suffered more from being affordable than Tommy Girl. It’s as if it were deemed less desirable for being promiscuous. Despite all the historical evidence to the contrary (Brut, Canoe, Habanita, and the first J-Lo), the world is still crawling with na’ve snobs who’d rather believe their wallet’s loss than their nose’s gain. Tommy Girl’s origins were explained to me by creator Calice Becker, who was brought up in a Russian household, with a samovar always on the boil and a mother with a passion for strange teas. At Becker’s instigation, the legendary chemist Roman Kaiser of Givaudan sampled the air in the Mariage FrĶres tea store in Paris to figure out what gave it its unique fragrance. From this a tea base was evolved, in which no one showed much interest. The idea waited several years until Ellķna’s excellent but only remotely tea-like Eau Parfumķe au Thķ Vert (Bulgari) came out in 1993. Its success made it possible for Becker to submit a tea composition for the Hilfiger brief. She won it, eleven hundred formulations later the perfume was finalized, in collaboration with a brilliant evaluator who went on to study philosophy. Tea makes excellent sense as a perfumery base, since it can be declined in dozens of ways, as flavored teas will attest: Soochong, Earl Grey, jasmine, and so on. In that respect it could serve as a modern chypre, a mannequin to be dressed at will. Tommy Girl clothed it in a torero’s trafe de luces, a fresh floral accord so exhilaratingly bright that it could be used to set the white point for all future fragrances. Remarkably, late in the project, Hilfiger’s PR firm asked Becker to give them so e reason to label the fragrance as typically American. Quest’s resident botany expert was called in, and to everyone’s surprise found that the composition fell neatly into several blocks, each apparently typical of a native American botanical. So it goes with projects whose sails are filled by the breath of angels. LT

The composition miraculously turned out to fall into accords typical of native American botanicals? Put me on record as skeptical. Tommy Girl smells great, though, and has been copied relentlessly. TS

Beauty Rush Appletini (Victoria's Secret) * Jolly Rancher
Victoria's Secret has determined that its customers need (1) cleavage and (2) to smell precisely like dime-store candy. You may discern an implicit insult to the male mind in this pair of facts. TS

Luca Turin was born in 1953 and educated in France, Italy, and the United Kingdom. He holds a PhD in biophysics from the University of London and was for ten years a tenured staff member of the Centre National de la Recherche Scientifique (CNRS). From 1993 to 2000 he was lecturer in biophysics at University College London. Since 1996 he has worked on primary olfactory reception and the prediction of odor character. In 2001 he became chief technical officer of Flexitral, where he uses his theory of olfaction to design new fragrances and flavor molecules.He wrote the very first perfume guide in 1992, a relatively small (270 fragrances), literary, and confidential affair. Although out of print and out of date, his guide has achieved cult status among perfume aficionados. He has twice won the highest honor for perfume writing in France, the Prix Jasmin, in 2001 and 2004. Turin's fame is partly based on a BBC documentary about his scientific work, A Code in the Nose, which still airs in reruns all over the world. Turin's book The Secret of Scent was released to critical acclaim in 2006.

Tania Sanchez is a writer of poetry, fiction, and essays, a sometime journalist, and a senior editor for a small nonfiction publishing house in New York. She is also an avid perfume collector and all-around perfume expert. She has contributed hundreds of perfume reviews on several of the perfume boards and blogs, as well as writing her own blog, which not infrequently deals with perfume. She provided editorial advice in exchange for perfume during the development of Luca Turin's The Secret of Scent.