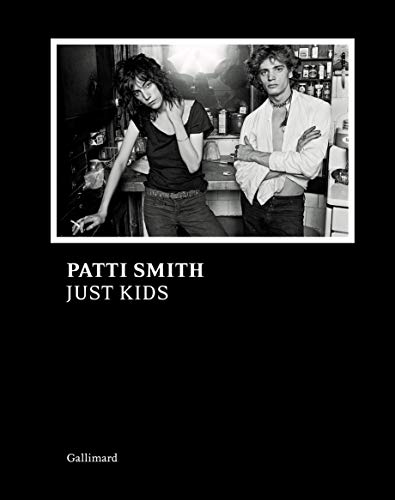 Revue de presse :
“[Just Kids] reminds us that innocence, utopian ideals, beauty and revolt are enlightenment’s guiding stars in the human journey. Her book recalls, without blinking or faltering, a collective memory — one that guides us through the present and into the future.” (Michael Stipe, Time magazine)

“[JUST KIDS] offers a revealing account of the fears and insecurities harbored by even the most incendiary artists, as well as their capacity for reverence and tenderness.” (USA Today)
Biographie de l'auteur :

Patti Smith is a writer, performer, and visual artist. She gained recognition in the 1970s for her revolutionary mergence of poetry and rock. Her seminal album Horses, bearing Robert Mapplethorpe’s renowned photograph, has been hailed as one of the top 100 albums of all time. Her books include Witt, Babel, Woolgathering, The Coral Sea, and Auguries of Innocence. In 2005, the French Ministry of Culture awarded Smith the prestigious title of Commandeur des Arts et des Lettres, the highest honor awarded to an artist by the French Republic. She was inducted into the Rock and Roll Hall of Fame in 2007. Smith married the late Fred Sonic Smith in Detroit in 1980. They had a son, Jackson, and a daughter, Jesse. Smith resides in New York City.