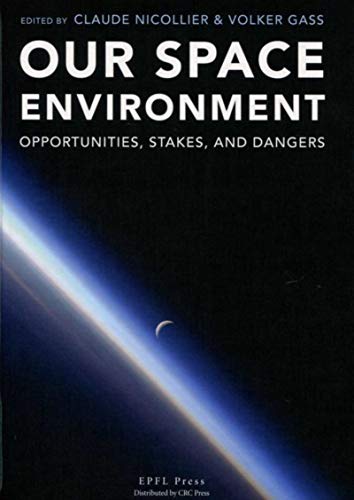 Claude Nicollier is a professor in aerospace engineering at the Ecole Polytechnique Fédérale de Lausanne, Switzerland (EPFL). He graduated from the University of Lausanne and the University of Geneva, and also as a Swiss Air Force pilot, an airline pilot and a test pilot. He was assigned as a mission specialist on four Space Shuttle flights, including the first and the third missions to service the Hubble Space Telescope on orbit. He has spent more than 1,000 hours in space, and on his last mission in December 1999, performed a spacewalk to install new equipment on the orbiting observatory.

Volker Gass is Director of the Swiss Space Center, EPFL, since 2011 and adjunct professor at EPFL School of Engineering. He previously worked at RUAG Space Switzerland. He received his master's degree in microtechnology from EPFL in 1988 and his PhD from University of Neuchâtel in 1994. Through the Swiss Space Center, he promotes and develops space activities by involving Swiss education, science, and industries.

This book explores the opportunities, the potential and the hazards of Earth's immediate space environment. It covers the physical characteristics of this portion of space, the influence of deeper space, observing and forcasting tools, the problem of space debris, the evolution of satellites, the different orbits and their uses, Earth's place in the solar system and its influence on climate and weather, the sun and its action on our planet, asteroid and comets and the means to detect them, laws and regulations, the political actors and role of nations.