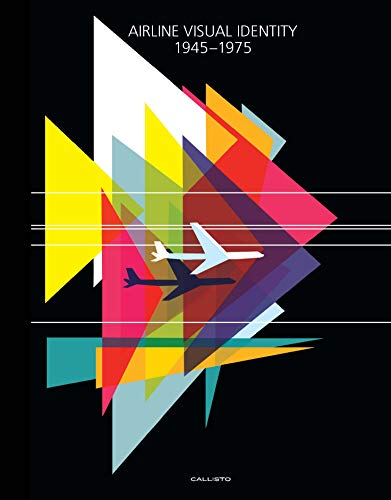 A super stylish journey: The ultimate sourcebook for the best airline graphic design.

This edition rounds up the most imaginative, influential and surprising designs of the airlines' commercial art from the golden age of flying. It provides an unprecedented, systematic outline of the development of the visual identities of thirteen pioneering airlines, combining innovative research and stunning, museum-like presentations of hundreds of spectacular aviation posters, photos and other illustrations.

Conceived by some of the world's top creative minds, such as Ivan Chermayeff, Otl Aicher, Massimo Vignelli, Academy Award winner Saul Bass, or advertising titan Mary Wells Lawrence, the designs found in the book's case studies also illustrate the shift from traditional methods of corporate design and advertising to comprehensive modern branding programs which took place in the same period.

The Standard Edition of the successful Premium Edition of Airline Visual Identity 1945-1975 contains all of the information and almost all of the images. Offered at a more affordable price and in a leaner format, without the numerous special colors and enhancements contained in the Premium Edition, the Standard Edition, too, was produced and designed according to highest standards, printed on top of the line paper by acclaimed Italian manufacturer Fedrigoni. Hundreds of images were reproduced and digitally restored true to the originals. Using the latest printing techniques, the book features crisp reproduction of even the smallest of details of the numerous illustrations and photos. The Premium Edition of Airline Visual Identity 1945-1975 has received glowing reviews in leading media around the world, including The New York Times, Newsweek, CNN, New Republic, Slate, Adweek, and dozens of others in the United States, France, Britain, Germany, China, Japan, Switzerland, Austria, Australia, Spain, Italy, Norway, etc.

Matthias C. Huhne: The author is a property developer and owner of Callisto Publishers. His primary occupation since graduating from Harvard College in 1989 has been the development of high quality commercial and residential real estate projects. Hühne left his position as project manager with U.S. real estate pioneer Gerald D. Hines to found his own award-winning development company in 1996, and an architectural services firm a few years later. He collects and supports modern art as well as North American native art, and takes a special interest in commercial design and the history of architecture. So far, Hühne s books have received numerous glowing reviews in leading media around the world.