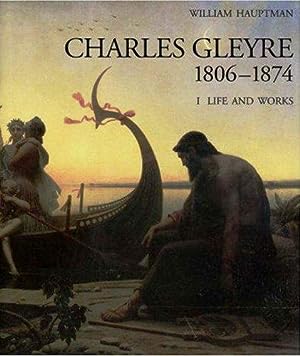 Princeton University Press, Princeton - New Jersey - U.S.A., 1997. Autore/i: by William Hauptman. tela edit. con sovracc. ill. colori. 2054 ill. b/n e colori n.t. ISBN 691044481 9788843540396 9780691044484 Testo in Inglese.Known chiefly for his role as a teacher of the leading Impressionists, Charles Gleyre (1806-1874) won great acclaim for his own paintings at home in Switzerland and abroad, eventually gaining recognition as the most eminent Swiss painter between Fuseli and Hodler. Gleyre can now be seen as a highly original artist working in a late romantic-classical vein. In these two volumes, William Hauptman presents the first detailed account of the artist's life and work since Clément's study in 1878, and the first catalogue raisonné of his paintings, drawings, and water colors. One of his aims is to explore the importance of Gleyre's art and influence in nineteenth-century France and Switzerland.Drawing on recently discovered documents, letters, and sketchbooks, Hauptman provides new information on Gleyre's extensive voyage to the Middle East, his unorthodox attitudes toward his own paintings and their exhibition, the originality of his major works for French and Swiss patrons, and his unconventional teaching career that spanned twenty-five years. The author pays particular attention to never- before-published material, including journals and diaries of friends and colleagues with whom Gleyre worked and traveled, and sketches Gleyre made for his American patron, John Lowell, Jr. Together these volumes examine and illustrate more than fifteen hundred works, ranging chronologically from Gleyre's youthful portraits and figure studies of 1825 to his last painting, said to have been retouched on the day of his death. The result is a rare, significant overview of a little-known artist whose work merits greater attention. (P-K4) 21X26 6100 grammi tela edit. con sovracc. ill. colori. N° de réf. du libraire LdS0005464


AbeBooks accepts VISA, MASTERCARD, PAYPAL. Please contact us before ordering if you prefer other payment methods. We normally ship by International Economic Mail - We can quote Registered Air Mail, Priority Mail or Express Mail if you need a fast delivery ( Per i clienti italiani si spedisce in contrassegno alle tariffe vigenti ). All books are returnable within 7 days from the receipt but please contact us before shipping. Your desiderata are welcome.