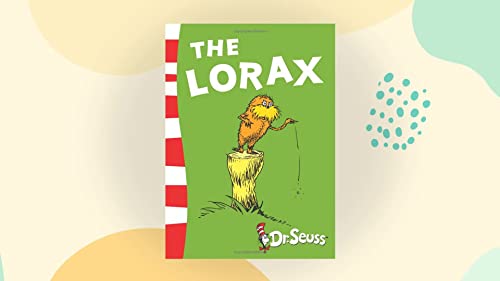 Dr. Seuss was born Theodor Geisel in Springfield, Massachusetts on March 2, 1904.  After attending Dartmouth College and Oxford University, he began a career in advertising.  His advertising cartoons, featuring Quick, Henry, the Flit!,  appeared in several leading American magazines.  Dr. Seuss's first children's book, And To Think That I Saw It On Mulberry Street, hit the market in 1937, and the world of children's literature was changed forever!  In 1957, Seuss's The Cat in the Hat became the prototype for one of Random House's best- selling series, Beginner Books.  This popular series combined engaging stories with outrageous illustrations and playful sounds to teach basic reading skills.  Brilliant, playful, and always respectful of children, Dr. Seuss charmed his way into the consciousness of four generations of youngsters and parents.  In the process, he helped kids learn to read.

Winner of the Pulitzer Prize in 1984 and three Academy Awards, Seuss was the author and illustrator of 44 children's books, some of which have been made into audiocassettes, animated television specials, and videos for children of all ages.  Even after his death in 1991, Dr. Seuss continues to be the best-selling author of children's books in the world.

Long before “going green” was mainstream, Dr. Seuss’s Lorax spoke for the trees and warned of the dangers of disrespecting the environment. In this cautionary rhyming tale (printed on recycled paper) we learn of the Once-ler, who came across a valley of Truffula Trees and Brown Bar-ba-loots, and how his harvesting of the tufted trees changed the landscape forever. With the release of the blockbuster film version, the Lorax and his classic tale have educated a new generation of young readers not only about the importance of seeing the beauty in the world around us, but also about our responsibility to protect it.
From the Hardcover edition.

Description du livre Hardback. Etat : Very Good. The book has been read, but is in excellent condition. Pages are intact and not marred by notes or highlighting. The spine remains undamaged. N° de réf. du vendeur GOR001243422

Description du livre Hardback. Etat : Good. The book has been read but remains in clean condition. All pages are intact and the cover is intact. Some minor wear to the spine. N° de réf. du vendeur GOR001174326

Description du livre HarperCollinsChildrensBooks, 1997. Paperback. Etat : Used; Good. **Simply Brit** Shipped with Premium postal service within 24 hours from the UK with impressive delivery time. We have dispatched from our book depository; items of good condition to over ten million satisfied customers worldwide. We are committed to providing you with reliable and efficient service at all times. N° de réf. du vendeur 1091403

Description du livre HarperCollins Publishers Limited, 1997. Etat : Good. New Ed. Ships from the UK. Shows some signs of wear, and may have some markings on the inside. N° de réf. du vendeur 8689881-6

Description du livre HarperCollins Publishers Limited, 1997. Etat : Good. New Ed. Ships from the UK. Former Library book. Shows some signs of wear, and may have some markings on the inside. N° de réf. du vendeur 7467602-6

Description du livre Collins 1997-01-01, 1997. Paperback. Etat : Very Good. Item is in very good condition. If supplemental codes/CDs for textbooks are required please contact us prior to purchasing as they may be missing. Photos are stock pictures and not of the actual item. N° de réf. du vendeur DS-000170012X-2