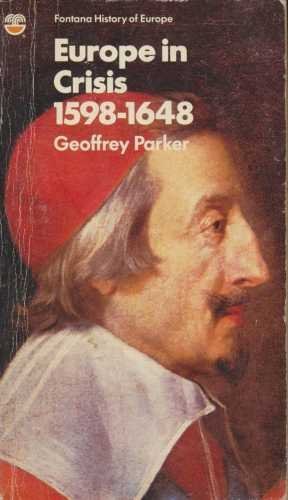 "Geoffrey Parker′s book is characteristically lucid, lively and vigorous. In its updated form it makes the best introduction to the period I know."
–– Peter Burke FBA, Professor of Cultural History, University of Cambridge


"This is no ordinary textbook, but one that can be read and enjoyed again and again. Thanks to the breadth of the author′s knowledge of the primary and secondary material, even scholars of the period will continually find new nuggets of information and fresh insights to set them thinking."
––Laurence Brockliss, Magdalen College, Oxford

"This textbook is witty, lively and provocative. Unlike so many anglophone historians, Professor Parker thinks Moscow and Mecklenburg are as interesting as Madrid or Marseilles: this is a genuinely European history of Europe."
––Robert Frost, King′s College, London

"The 2001 version of Europe in Crisis is much more than the 1979 [edition] with a few additions or amendments: the text has been revised thoroughly and comprehensively, many passages in the 2001 bear little resemblance to their predecessors, and the presentation and style of the book are emphatically ′new millennium′ rather than ′1970s′... Students and other reders who came to the period 1598–1648 through Europe in Crisis will find the new edition equally instructive, enjoyable, enlightening and essential; it thoroughly deserves the appellation of ′Modern Classic′ and will long remain a standard text." (Reviews in History)

"The new edition [is] equally instructive, enjoyable, enlightening and essential; it thoroughly deserves the appellation of ′modern classic′ and will long remain a standard text"
––David J Sturdy (Reviews in History, Sept 2002)

In the new edition of this classic book, Geoffrey Parker draws on material from all over Europe to provide an authoritative and exciting account of the eventful first half of the seventeenth century. The continent enjoyed scarcely a year of peace during this period. Instead revolution, civil war and complex international conflicts brought many states to the edge of collapse in the 1640s.


Professor Parker examines three crucial conflicts: the desperate struggle of the Habsburgs with France and the Dutch Republic; the rivalry of Sweden, Denmark, Russia and Poland for control of the Baltic, and the confrontation between the Austrian Habsburgs and their subjects which escalated into the Thirty Years′ War. He also illuminates the leading social, economic and intellectual developments of the period.

The new edition has been revised throughout and includes an updated bibliography.

Description du livre HarperCollins Publishers, 1979. Etat : Good. Shows some signs of wear, and may have some markings on the inside. N° de réf. du vendeur GRP89580258

Description du livre HarperCollins Publishers. Paperback. Etat : Good. A copy that has been read, but remains in clean condition. All pages are intact, and the cover is intact. The spine may show signs of wear. Pages can include limited notes and highlighting, and the copy can include previous owner inscriptions. At ThriftBooks, our motto is: Read More, Spend Less. N° de réf. du vendeur G0006356702I3N00

Description du livre Paperback. Etat : Fair. A readable copy of the book which may include some defects such as highlighting and notes. Cover and pages may be creased and show discolouration. N° de réf. du vendeur GOR002328065