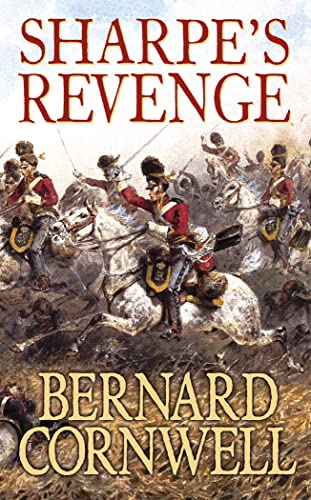 When his honor and reputation are at stake, Sharpe seeks revenge--at any cost.

It is 1814, and the defeat of Napoleon seems imminent--if the well protected city of Toulouse can be conquered. For Richard Sharpe, the battle turns out to be one of the bloodiest of the Peninsula Wars, and he must draw on his last reserves of strength to lead his troops to victory.

But before Sharpe can lay down his sword, he must fight a different sort of battle. Accused of stealing Napoleon's personal treasure, Sharpe escapes from a British military court and embarks on the battle of his life--armed only with the unflinching resolve to protect his honor.

Bernard Cornwell's Richard Sharpe series takes its hero to the battle of Waterloo--and beyond. Several novels are the basis of a television miniseries. He was born in London and lives in Chatham, Massachusetts.