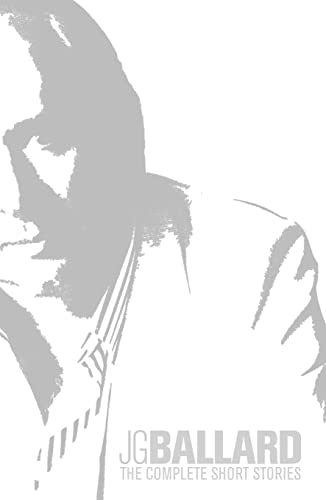 Fine cloth copy in a near-fine, very slightly edge-nicked and dust-dulled dw, now mylar-sleeved. Remains particularly and surprisingly well-preserved overall; tight, bright, clean and strong.; 8vo 8" - 9" tall; 1189 pages; Physical desc. : ix, 1189 p. ; 24 cm. Subject: Modern fiction - Short stories - J. G. Ballard. Great Britain - Social life and customs - 20th century - Fiction. Summary: These stories have appeared in magazines such as 'New Worlds', 'Amazing Stories' and 'Interzone', and in several separate collections, including 'The Voices of Time', 'The Terminal Beach', 'The Day of Forever', 'The Venus Hunters,' 'The Disaster Area', 'Vermilion Sands', 'Low-Flying Aircraft', 'Myths of the Near Future' and 'War Fever'. Now, for the first time, all of J. G. Ballard's published stories -- including four stories that have not previously appeared in a collection -- have been gathered together in one volume and set out in the order in which they were originally published, providing an unprecedented opportunity to review the career of one of Britain's greatest writers.